Trump supporter booted from rally for demanding 'new jokes': 'It's getting a little old' 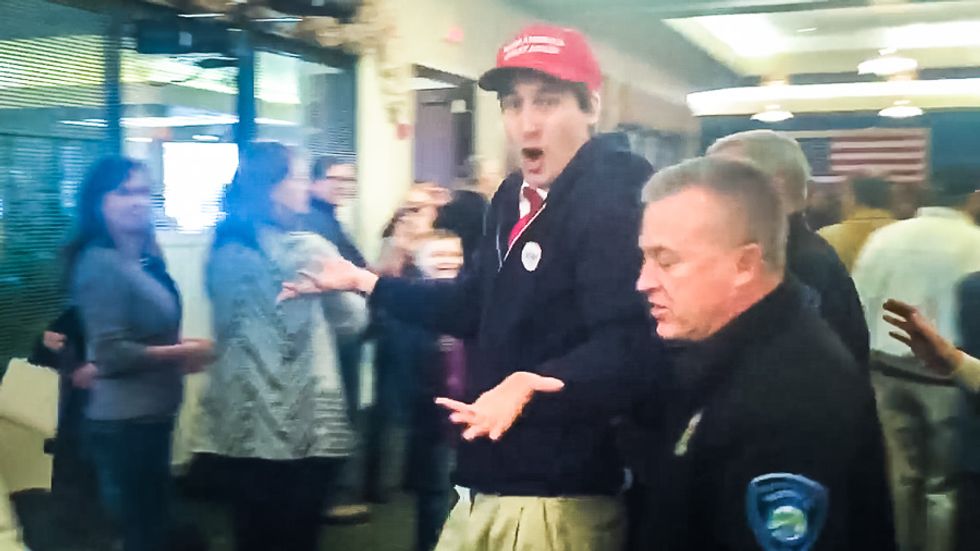 A Donald Trump supporter was kicked out of a rally in Windham, New Hampshire on Monday after demanding that the candidate tell more "jokes."

FOX 25 reporter Sharman Sacchetti captured video of the man as police were removing him from the rally.

"I love Donald but it's so boring!" the man exclaimed to officers. "It's getting a little old. I want, like, new jokes."

Sacchetti reported that Trump spent a lot of his time suggesting that Sen. Ted Cruz (R-TX) was a flawed candidate because he was born in Canada and would be sued if he ever became the GOP presidential nominee.

"Ted Cruz has a problem, because is he a natural born citizen?" Trump asked the crowd. "I don't know."

Protester kicked out of Trump rally after yelling it's boring, calling for trump to tell some jokes #fox25 pic.twitter.com/sumv0hpOEp