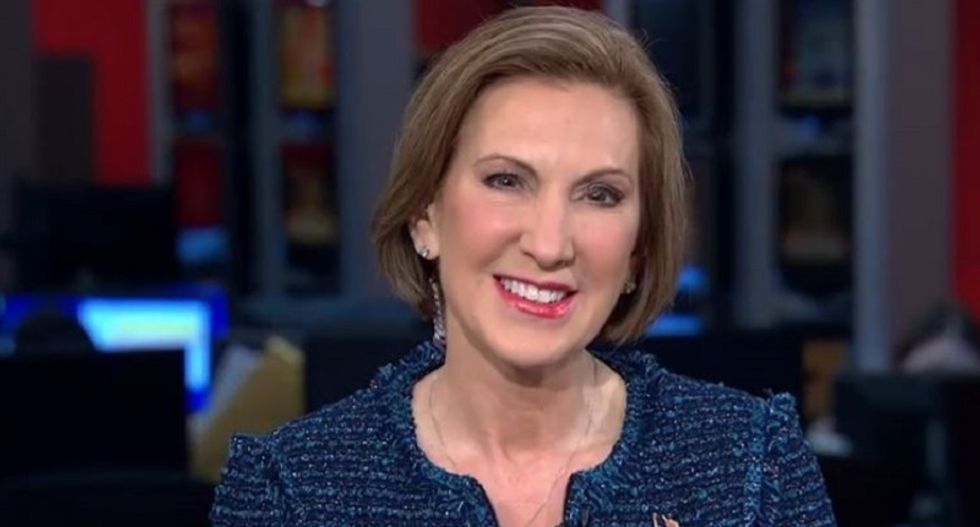 The Republican presidential candidate Carly Fiorina courted controversy on Friday, with a tweet which expressed support for the Iowa Hawkeyes against the Stanford Cardinal in that day’s Rose Bowl.

“Love my alma mater,” said the former Hewlett-Packard chief executive, who graduated from Stanford in 1976, “but rooting for a Hawkeyes win today. #RoseBowl.”

Amidst a vituperative reaction on social media -- sample reactions included “Hahaha WTF, you always cheer for your alma mater” and “This is the kind of thinking that contributed to your disastrous reign at HP” -- many respondents pointed to Fiorina’s lowly position in polls of the Republican field in Iowa, a key battleground state.

The realclearpolitics.com polling average for the state, which opens the presidential primary season with its caucus on Feb. 1, puts Fiorina joint seventh in the 13-strong field, at 2.3 percent – 28 percent behind the leader, Ted Cruz.

Though some political experts had wondered whether such a tweet might be coming, Republican party figures seemed taken by surprise.

The strategist Brian Walsh tweeted: “Urgh. Who thought this tweet was a good idea?”

“I just groaned so hard I may have pulled a muscle,” tweeted former Michigan congressman John Dingell.

The Rose Bowl, a traditional showpiece game at the end of the college football season, was due to kick-off in Pasadena, California, at 5pm EST. Republican presidential politics also intruded into the traditional pre-game parade, at which an unidentified skywriter emblazoned the empyrean with the words: “America is great! Trump is disgusting.”

Fiorina studied medieval history and philosophy at Stanford, and then took a master’s degree in business administration at the University of Maryland. The Terrapins finished a disappointing 3-9 and last in the Big Ten East this year, sparing Fiorina the temptation of publicly siding against them in any bowl game.