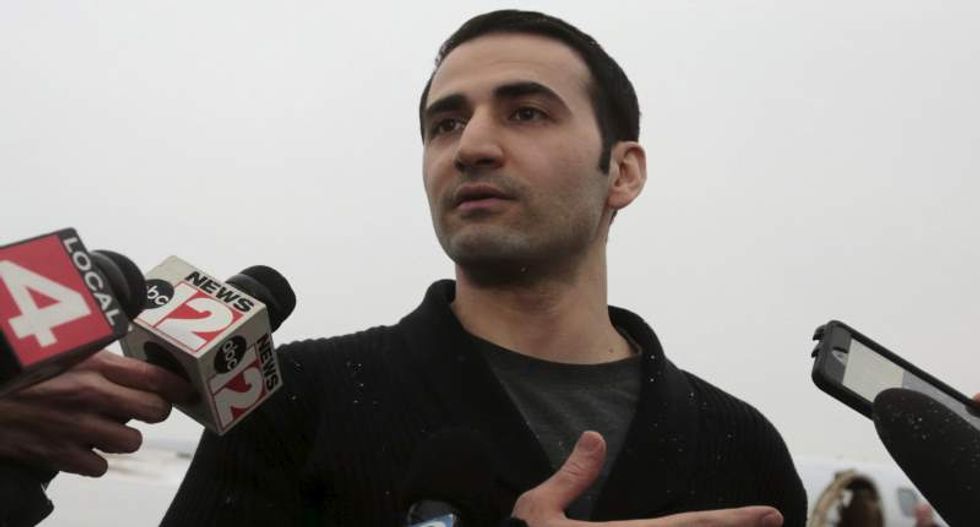 A Christian minister and a former U.S. Marine who were released by Iran in a prisoner swap returned to the United States on Thursday after years behind bars in the Islamic Republic.

Ex-Marine Amir Hekmati, 32, touched down in a private jet at the airport in his hometown of Flint, Michigan, and stepped onto a small red carpet on the tarmac.

They were among five Americans whose release coincided with the lifting last weekend of economic sanctions against Iran in return for curbs on Tehran's nuclear program. The White House offered clemency to seven Iranians who were convicted or facing trial in the United States.

Hekmati spent more than four years in jail in Iran where he faced the death sentence at one point.

“I am happy to finally be home. It’s been a very long road, a very long journey. Unfortunately, many people have traveled this road with me," he told reporters.

He was arrested while visiting family in Iran in 2011 and accused of being a U.S. spy, a charge his relatives and the United States deny. He was sentenced to death the following year

but that was commuted to a 10-year prison term.

Hekmati said on Thursday he was "healthy, tall and with my head held high." The son of Iranian immigrants, Hekmati went to high school in Flint, an industrial town now struggling with a water contamination crisis.

“It’s great to be back in Flint, my hometown. I love this city. I love its people. They have been so good to me and my family and we are very grateful,” Hekmati said.

Abedini, a naturalized U.S. citizen of Iranian origin, arrived at the Billy Graham Training Center at The Cove, a Christian conference center in Asheville, North Carolina, that is linked to popular evangelist Billy Graham.

"He arrived safely in Asheville," said Todd Shearer, a spokesman for the Graham family.

Abedini was sentenced in 2013 to eight years in prison after being accused of harming Iran's national security by setting up home-based churches in Iran.

He was reunited with his parents on Thursday, his wife said.