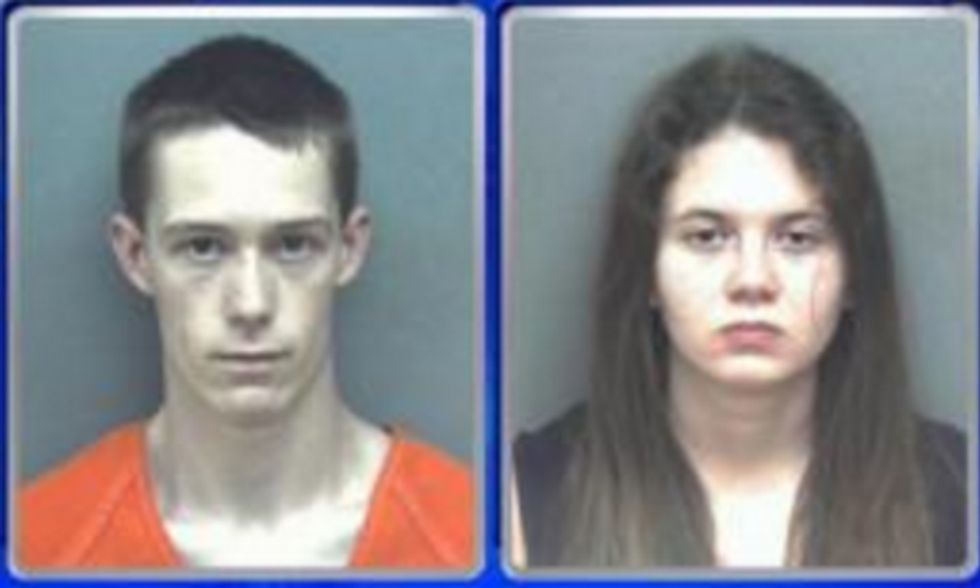 Two Virginia Tech engineering students were in jail on Sunday, one charged with abducting and killing a 13-year-old girl and the other accused of helping to dispose of the teenager's body, police said.

The arrests came after police, following an extensive four-day search, on Saturday found the remains of Nicole Lovell in North Carolina, about 90 miles south of Blacksburg, Virginia, where her home and the university are located.

Lovell had been missing from her family's home since Wednesday. A family member told the Roanoke Times it appeared she had climbed out a first-floor window.

How she crossed paths with David E. Eisenhauer, 18, a freshman from Columbia, Maryland, and member of the university's cross county team, was not immediately clear.

But police in Blacksburg, about 40 miles west of Roanoke, Virginia, said investigators had determined the two teens became acquainted prior to her disappearance. Eisenhauer took advantage of that relationship to abduct and kill Lovell, they said in a statement.

Police have not said how Lovell died.

Eisenhauer was arrested at his campus residence on Saturday, first charged with abduction and then accused of murder after Lovell's remains were discovered near a highway in Surry County, North Carolina.

Natalie Marie Keepers, 19, a sophomore at Virginia Tech from Laurel, Maryland, was arrested on Sunday and charged with improper disposal of a dead body and accessory after the fact in the commission of a felony.

"I'm so in shock I know nothing more to say," the girl's father, David Lovell, said on Facebook. "I'm broken!"

Family members had pleaded for Nicole Lovell's return, saying she was without the prescription medicine she needed daily after undergoing a liver transplant.

Authorities said the investigation was ongoing as they worked to piece together the timeline of events leading to Lovell's death.

A Virginia Tech spokeswoman would not comment on the enrollment status of Eisenhauer and Keepers, but the university said in a statement it had the authority to suspend students immediately on an interim basis in the case of a felony arrest.

Hundreds of students in the university's Corps of Cadets, along with students and researchers using drones, assisted in the search for Lovell, the school said.