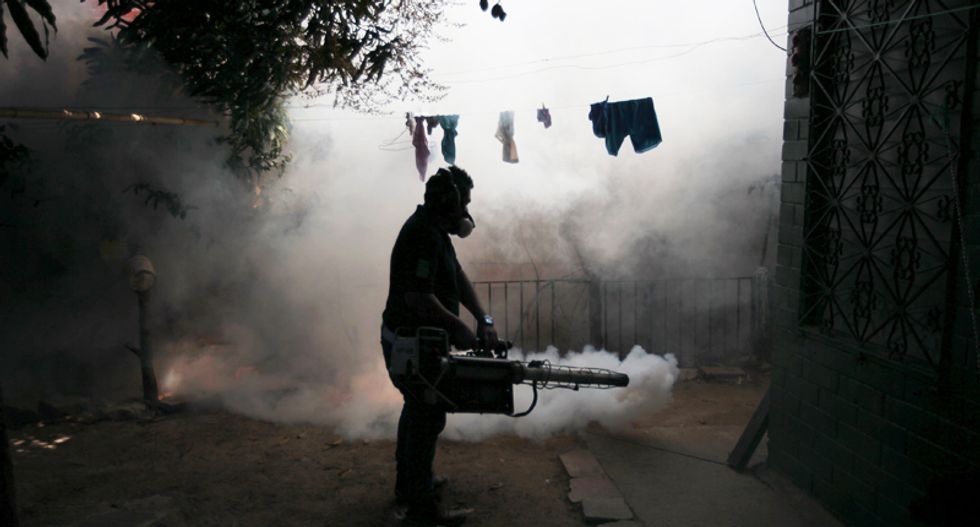 A health worker fumigates the Altos del Cerro neighbourhood as part of preventive measures against the Zika virus and other mosquito-borne diseases in Soyapango, El Salvador January 21, 2016. REUTERS/Jose Cabezas

The U.S. Centers for Disease Control and Prevention (CDC) extended its travel warning to another eight countries or territories that pose a risk of infection with Zika, a mosquito-borne virus spreading through the Caribbean and Latin America.

The CDC has cautioned pregnant women not to travel to these areas as Zika has been suspected to lead to birth defects.

The Zika virus is transmitted by the Aedes aegypti mosquito, which is also known to carry the dengue, yellow fever and Chikungunya viruses.

Health experts are unsure why the virus - detected in Africa in 1947 but unknown in the Americas until last year - is spreading so rapidly in Brazil and neighboring countries.

There is no vaccine or treatment for Zika, which causes mild fevers and rashes. An estimated 80 percent of those infected show no symptoms at all.

Researchers in Brazil said on Wednesday they had found new evidence linking the virus to increasing incidence of microcephaly, a condition in which babies are born with unusually small heads.

U.S. authorities confirmed on Saturday the birth of a baby with a small head in Hawaii to a mother who had been infected with the Zika virus while visiting Brazil.

(Reporting by Natalie Grover in Bengaluru; Editing by Don Sebastian)