US Hellfire missile disappears -- then turns up in Cuba 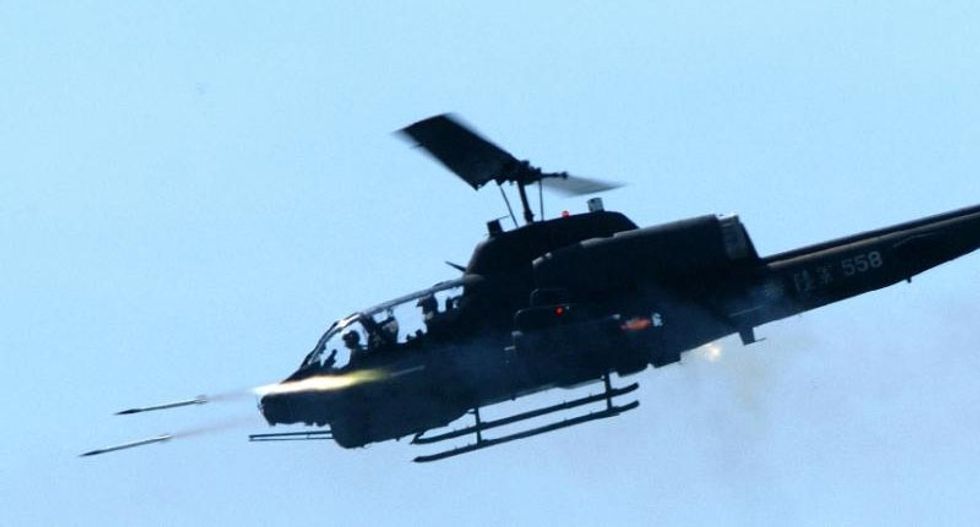 The report said US officials were not concerned Cuba would take apart the Hellfire, an air-to-ground missile often carried by helicopters, but worried Havana would share the technology with US rivals China and Russia, as well as North Korea (AFP Photo/Sam Yeh)

A US Hellfire missile has turned up in Cuba after going missing in a fiasco that has left American officials worried the technology may be shared with China, Russia or North Korea, the Wall Street Journal reported.

Though the missile was not carrying a warhead, the alarming diversion while it was in transit from Europe has spurred US investigators to probe whether its arrival on the communist island was the result of criminal activity or merely a series of mistakes, according to the newspaper.

And despite a historic thaw in ties with Cuba over the past year, Washington has been unsuccessful in its push to get the missile back, the WSJ said, citing unnamed sources.

It reported that American officials were not concerned that Cuba would take apart the Hellfire -- an air-to-ground missile often carried by helicopters -- but were worried that Havana would share the technology with US rivals China and Russia, as well as North Korea.

The missile's far-flung journey began in early 2014 when it was sent from Orlando International Airport by arms firm Lockheed Martin to Spain, where it was used in a NATO military exercise.

From Spain it began a journey that was supposed to see it arrive back in the United States, and was passed between several shipping firms on the first leg of its trip.

Officials loading a flight that was to carry the missile out of Madrid first noticed that it was missing, the Journal said.

They then determined that it had been put on a truck operated by Air France, which took it to Charles de Gaulle Airport in Paris, where it was loaded onto one of the company's flights to Cuba.

By the time the missile was tracked down, it was already en route to Havana where an official noticed the labeling on its crate and seized it.

Lockheed Martin notified the State Department of the incident when it realized the missile was missing around June 2014, the WSJ said.

The US Justice Department is investigating the matter.

If the missile was purposefully diverted to Havana, the incident could be a violation of the Arms Export Control Act and even sanction laws against Cuba, the Journal said.

The bungled missile delivery comes with Washington and Havana working to build on their restoration of full diplomatic relations, a move first announced in December 2014.

The United States and Cuba formally restored diplomatic relations in July and re-opened embassies in each other's capitals.

Obama said he had made the decision because he concluded that 50 years of trying to encourage democratic and economic change in Cuba through isolation had failed.

It also comes with the US pushing for greater pressure on North Korea over an alleged hydrogen bomb test this month, and with Washington at loggerheads with Moscow and Beijing over a litany of issues ranging from the civil war in Syria and the conflict in Ukraine to freedom of navigation in the South China Sea.