US officials move to recover Navy personnel from Iranian custody 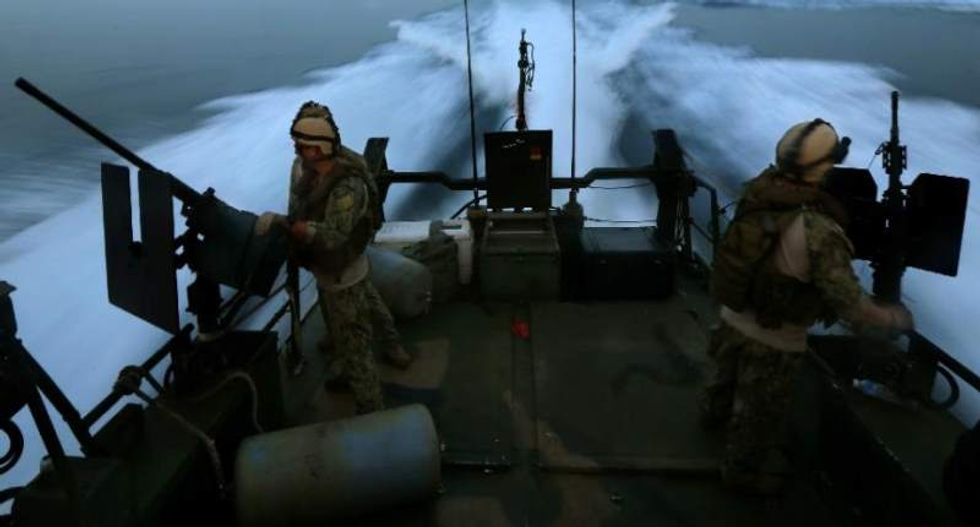 US Navy crew cruise on top of a Riverine Command Boat at dusk in the Arabian Sea on May 13, 2013. (Agence France-Presse/Marwan Naamani)

The United States is working with Iran to recover a group of Navy sailors who lost contact while aboard two small boats in the Gulf, US officials said Tuesday.

"We subsequently have been in communication with Iranian authorities, who have informed us of the safety and well-being of our personnel. We have received assurances the sailors will promptly be allowed to continue their journey."

Another official said he was "'hopeful we will be able to resolve the issue."

Asked if the US sailors were in Iranian territorial waters at the time, a senior defense official said: "It appears so."