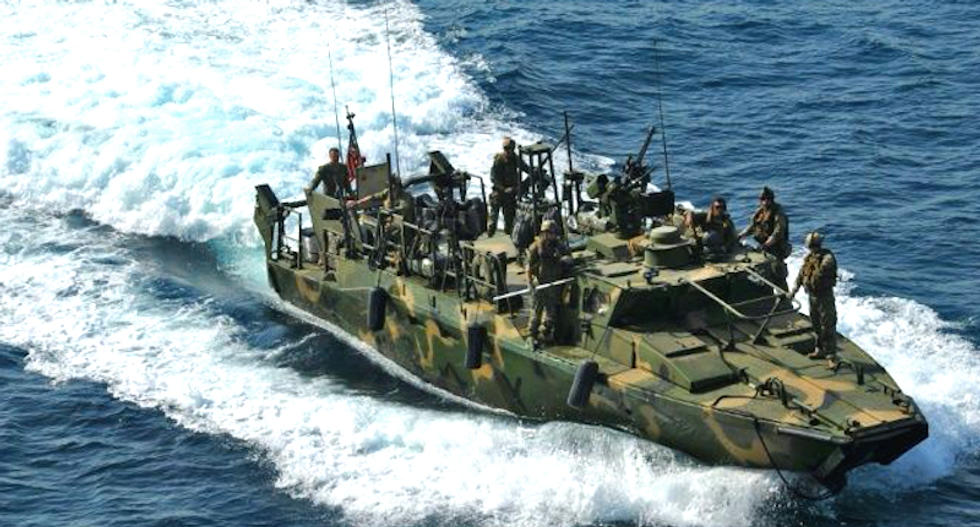 Iran said the US patrol boat had strayed into its territorial waters due to a 'broken navigation system.' (AFP)

"It was determined that the detained American Marines did not enter Iranian waters intentionally. Following their apology, they have been released to international waters in the Gulf," state television quoted a Guards statement as saying.

The announcement was soon followed by publication of the first images of the detained sailors -- nine men and a woman -- who were pictured sitting in a room on Persian rugs.

Still images of the two boats were also shown by state television.

Their release came soon after the commander of the Guards' naval force, Admiral Ali Fadavi, said he was awaiting a final order to set the US sailors free.

The incident in the Gulf came just days away from the expected final implementation of Iran's nuclear deal with world powers led by the U.S., an accord that will see sanctions on the Islamic republic lifted.

Fadavi said Iran had concluded that "this trespassing was not hostile or for spying purposes" and that the sailors had been in Iranian territory "due to a broken navigation system."

U.S. officials had earlier said one or both of the boats had suffered mechanical problems and been taken to Farsi Island, which lies roughly midway between Iran and Saudi Arabia in the Gulf and houses a base of the Revolutionary Guards, which has its own naval units.