US to expand refugee program for Central Americans fleeing violence 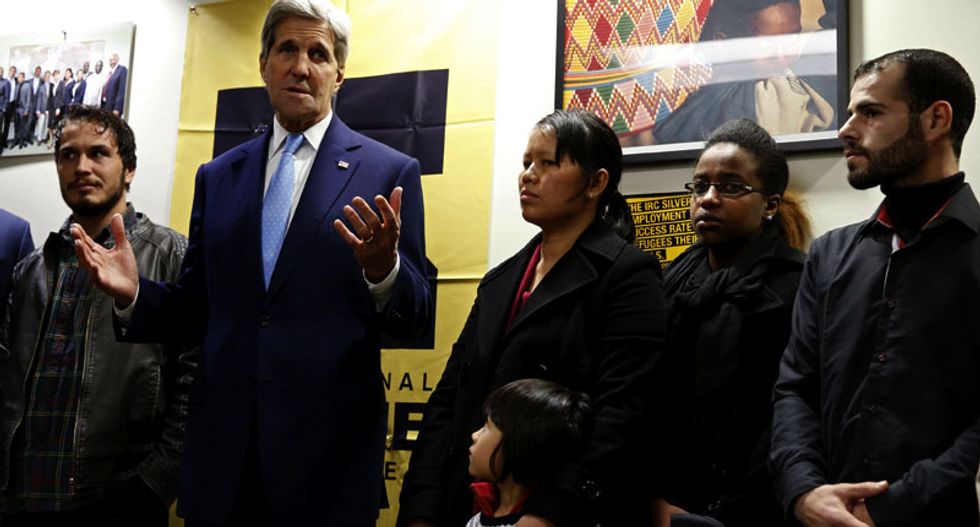 The United States will expand its program helping the thousands of people fleeing violence in El Salvador, Guatemala and Honduras, U.S. Secretary of State John Kerry said on Wednesday.

The announcement follows backlash from Democrats in the U.S. Congress who called on the Obama administration to halt its deportations of families who fled the three crime-infested Central American countries and entered the United States without documentation.

The expanded Refugee Admissions Program would offer "a safe and legal alternative to the dangerous journey many are currently tempted to begin, making them easy prey for human smugglers who have no interest but their own profits," Kerry said in a speech at the National Defense University.

President Barack Obama previously said the United States would take in 3,000 refugees from Latin America by October this year.

Kerry did not say whether the Obama administration planned to take in more than 3,000 people.

He said the U.S. government would work with the United Nations and non-governmental organizations to identify people in need of refugee protection. He specifically mentioned those targeted by criminal gangs, including human rights activists.

"We also continue to explore additional options, including for those who may be at imminent risk of harm," Kerry said.

Once the United Nations High Commissioner on Human Rights refers a potential refugee to the United States for resettlement, the case is reviewed at a Resettlement Support Center, according to the State Department.

The United States operates nine centers globally, but only one is in the Western hemisphere - in Quito, Ecuador.

Kerry did not say whether the United States would deploy any federal workers to the region or had plans to open additional centers.

The Department of Homeland Security has received more than 6,000 applications from minors in Central America, some of whom have begun to arrive in the United States as refugees, Secretary of Homeland Security Jeh Johnson said on Jan. 4. He said he expected the pace of child refugee arrivals to increase.