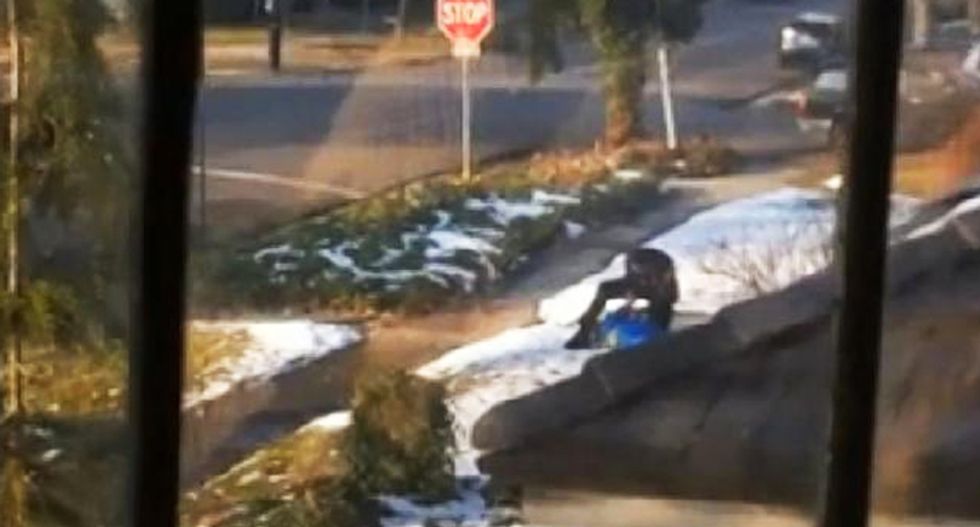 Police investigators in Salt Lake City are taking a second look at a an officer involved shooting dating back to Jan. 8, 2015, because new cellphone video may show that the officer shot the victim in the back while he is on the ground.

Salt Lake City Police Officer Matthew Taylor was cleared last year in the shooting death of 42-year-old James Dudley Barker. According to Taylor, he feared for his life after Barker swung a snow shovel at him resulting in fractures to his arm and a foot.

According to the Salt Lake Tribune, new cellphone footage of the incident purportedly shows Taylor shooting Barker in the back after a struggle between the two.

The video was provided to the District Attorney's office on Friday, with investigators now saying they plan to examine it and see how it compares with other evidence in the case.

"Our job and our commitment has always been [to be] as thorough and open and transparent as we can, so we are going to do our due diligence to re-examine what we have," Salt Lake County District Attorney Sim Gill said in a statement.

According to a police-reform investigator who also provided the video to the Tribune, Barker can be seen on the ground -- possibly already handcuffed -- when what sounds like three shots ring out.

Video taken from Taylor's bodycam shows him speaking and arguing  with Barker before it cuts out as the two began fighting. The new video does not show the the two men fighting, instead beginning with Barker face down as Taylor kneels over him.

According to attorney Robert Rubin, who has been working on the case at the request of Barker's friends, it appears that the officer shot Barker three times in the back while handcuffed.

"At the very least, we want the district attorney to reopen the case," he said Friday.

In an interesting twist, the new video was turned over exactly one day after a one-year period expired during which a person can file a claim against a police officer to pursue legal redress.

That statute of limitations would not apply in federal court or in a criminal investigation.