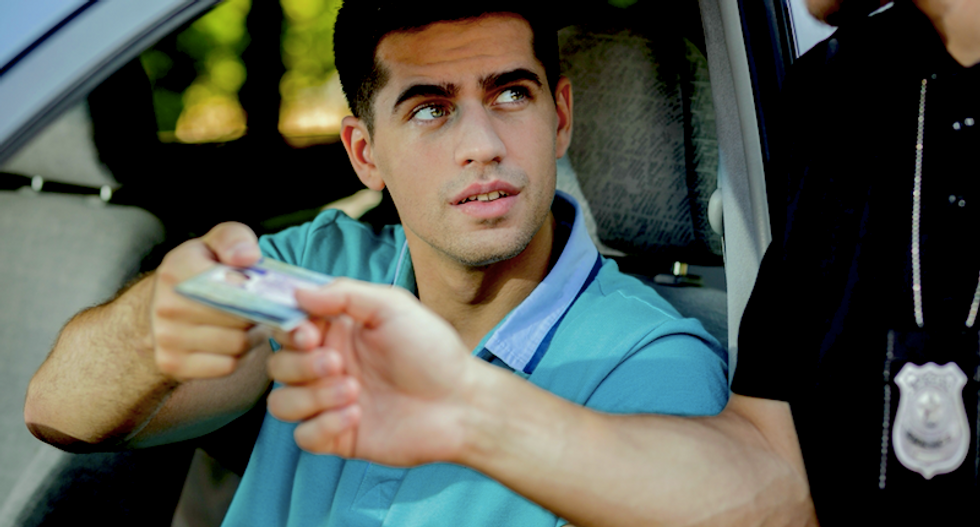 Police in Vermont may soon be allowed to scroll through motorists' cell phones without a warrant to search for evidence of texting while driving.

A 2014 state law bans the use of hand-held devices while driving, but one lawmaker wants to strengthen the statute by giving police broader powers during traffic stops, reported the Burlington Free Press.

State Rep. Martin LaLonde (D-South Burlington) introduced H.527, but the lawmaker admits that he hasn’t “really thought about” what might constitute probable cause for the warrantless searches.

LaLonde said he doesn't want his bill to allow officers to take a driver's phone and rummage through the device in their squad car -- but critics of the measure say there's little to stop police from doing just that.

The bill is an amendment to the ban enacted two years ago, which covers all “portable electronic devices."

Critics say LaLonde's bill would allow police to search tablets and laptops, in addition to phones, without obtaining a warrant during traffic stops.

LaLonde said he hoped the measure would "thread the needle" between enforcing the ban and protecting privacy.

Studies have shown that distracted driving may be more dangerous than drunken driving, and LaLonde said his measure is intended to crack down on that "activity" -- regardless of whether the distraction is a phone or a tablet.

The U.S. Supreme Court ruled in Chimel v. California that officers may perform warrantless searches during an arrest to protect material evidence or their own safety, but that standard doesn't appear to apply a driver stopped on suspicion of texting while driving.

The court also ruled in Missouri v. McNeely that police must obtain a warrant for a blood test for drivers who are lawfully arrested for driving under the influence of drugs or alcohol.

That ruling suggests that drivers do not waive all their constitutional rights when they hit the road.

Chief Justice John Roberts also found in Riley v. California that smart phones "hold for many Americans the privacies of life" -- and he suggested that privacy should be protected by the U.S. Constitution.

"The fact that technology now allows an individual to carry such information in his hand does not make the information any less worthy of the protection for which the Founders fought," Roberts ruled in that case.