Virginia pastor: 'Hang on' to your guns because 'whoremongers' want to kill your wife 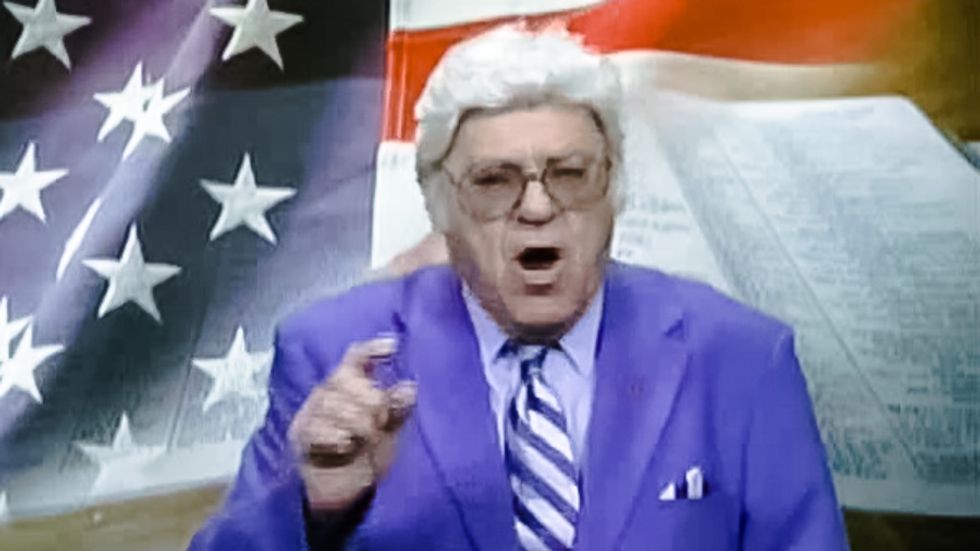 A Virginia pastor accused pro-abortion rights advocates of wanting to kill babies and then "chop them up like chopped liver or chickens."

On Sunday's edition of What Does the Bible Plainly Say? pastor Jim Hill lashed out at Americans who approved of same-sex marriage, abortion and gun safety laws.

Hill said that he recently celebrated the birth of a new baby in his community, but lamented that "it seems like anymore the first thing they want to do is kill them."

"First thing they want to do is bash their brains out, cut their throat, chop them up like chopped liver or chickens, sell the parts," he asserted. "First think you know, they'll start selling everything but the crying. And they'll find a way for that."

"Fifty million babies have been killed and thrown in the garbage can and sold!" Hill exclaimed. "Shame on America. I tell you, I believe if he let's America get by then one of these days, he'll have to apologize Sodom and Gomorrah."

The pastor said that women who didn't want babies shouldn't have sex: "Keep your pants zipped up and keep your legs crossed instead of getting out here and having illegitimate children."

Hill suggested that he was also upset by President Barack Obama's executive actions on gun safety.

The TV preacher encouraged his followers to "hang on" to their guns because it was the only way to stop the rapists and "whoremongers that want to storm in and take over your property, take over your family, kill your wife."

In conclusion, Hill declared his love for America.