'Want a baby in ya?': Phoenix cop only gets 60 days in jail after he's busted for trying to impregnate underage girl 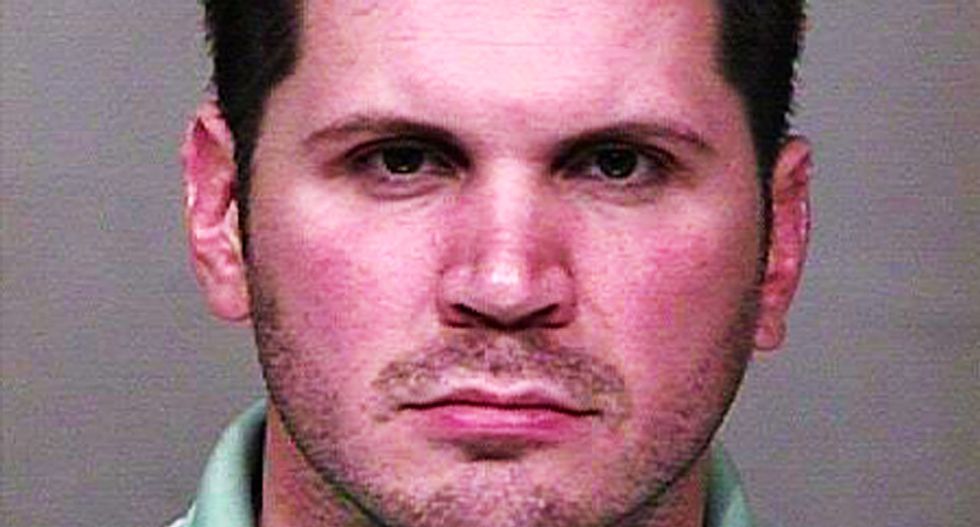 A Phoenix police officer who answered a social media post from a teen saying she wanted to have a baby was sentenced to 60 days in jail after agreeing to a plea deal that allowed him to avoid seven years in prison.

Justin LaClere, 33, was initially charged on two felony counts — child abuse and sex with a minor, but had those charges set aside in return for two lower-level felony charges, reports the Phoenix New Times.

According to a police investigation, LaClere responded to a posting by the unidentified 17-year-old on Whisper -- a social media site that allows users to post pictures and chat anonymously with strangers -- in 2014.

Police state that the teen posted a picture of a baby with the comment: "I want to get pregnant but I’m only a teen."

The 7-year veteran of the Phoenix Police Department responded to the teen and engaged her in comments over the next few days, asking her, "Want a baby in ya?" to which she replied: "Ya."

"You’d be a beautiful pregnant mommy, heck maybe I’d help ya,” LeClere suggested before adding they should hook up soon and, “start making a baby” since he “wanted a young pregnant girlfriend.”

Asking the teen, “Is me being older okay?” she replied, "Ya, but I know my parents wouldn’t like it though [and] I’d be worried my dad would call the cops and have you arrested for sleeping with a minor since I’m not of legal age to sleep with you.”

Undeterred, he sent pictures of himself in his police uniform and began arrangements to meet up with her after school.

"He told her that he thought she should go home after school and if no one was there he would come in really quickly and they could have sex," the charges state. "She agreed to the plan.”

According to police, LeClere showed up on her Scottsdale doorstep while her father was out running errands, and they quickly had sex on her bedroom floor. LaClere was not wearing a condom -- and left promptly afterwards.

Police were alerted to the incident after the girl told friends about it at her high school and word made it to a school resource officer who contacted the authorities.  The teen told investigators  the story was true and showed them the two photos “Jason69er” had sent her, allowing police to identify their fellow officer.

LaClere was arrested in January of 2014 and resigned immediately afterwards after admitting he was "Jason69er."