WATCH: CNN guest schools Trump spokeswoman for ‘sick and vile’ use of veterans as ‘political pawns’ 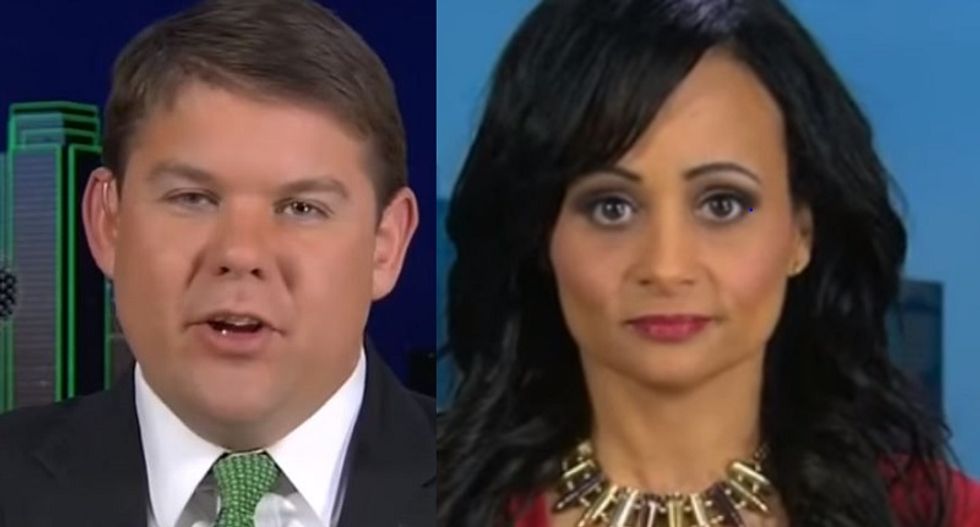 Conservative CNN political commentator Ben Ferguson slammed GOP front runner Donald Trump, accusing him of cynically taking advantage of veterans because it is "politically advantageous" to do so as the controversial primary debate loomed Thursday.

In a prolonged spat with Fox News over tough questions directed at him by moderator and network host Megyn Kelly, Trump abruptly announced he would boycott the Thursday night debate in Iowa just ahead of the caucuses. Trump said instead he will hold an event at Drake University and give all the proceeds to veterans and wounded warriors.

“This is a sick and vile move by a guy who likes to throw those words around: Donald Trump,” Ferguson said to CNN host Chris Cuomo. “To use Wounded Warriors and their true battle scars to his political advantage, I would say this to Katrina: I’m not dumb enough to buy that this is about the veterans, because Donald Trump has never held an event for the veterans on his campaign.”

Ferguson also called Trump out for trying to stop veterans from selling items near his hotel on Fifth Avenue. According to a report by the New York Daily News, Trump lobbied lawmakers for years to limit vendors, which included disabled veterans, from selling items outside his swank property.

“While disabled veterans should be given every opportunity to earn a living, is it fair to do so to the detriment of the city as a whole or its tax paying citizens and businesses?” Trump wrote in a 1991 letter to the then-chairman of the state Assembly’s Committee on Cities, obtained by the Daily News. “Do we allow Fifth Ave., one of the world’s finest and most luxurious shopping districts, to be turned into an outdoor flea market, clogging and seriously downgrading the area?”

In light of this, Ferguson called Trump's Thursday move hypocritical.

"So for him to come out now and to self-righteously say, 'I'm gonna stand up for veterans, and I'm going to do an event that I haven't had time to do' until it was convenient for him tonight, many veterans are going to be turned off by this," Ferguson said. "They went and fought for their country and now Donald Trump uses them as political pawns."

Cuomo said the head of the Iraq and Afghanistan Veterans of America, Paul Rieckhoff, said the organization would take no donations from Trump.