WATCH: Enraged Trump supporter puts protester in a headlock and tries to drag him away 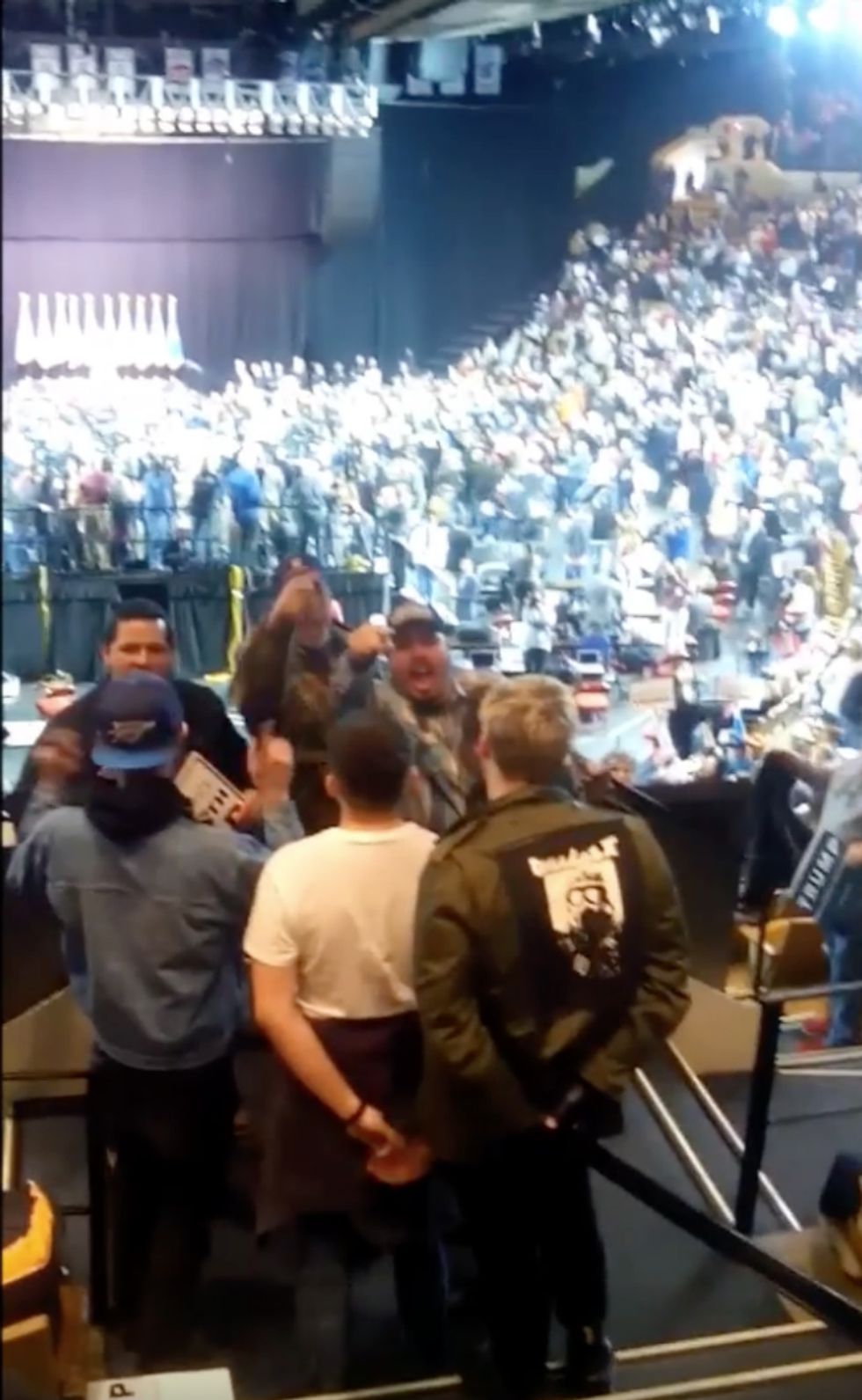 A new video shows Donald Trump supporters assaulting protesters who were engaged in a peaceful demonstration.

The 1:44 minute clip was captured during a Trump rally at Oral Roberts University’s Mabee Center in Tulsa, Oklahoma. Sarah Palin, who endorsed him earlier this week, joined the multi-billionaire at the rally yesterday.

At the beginning of the clip—which was recorded as the Republican frontrunner was wrapping up his remarks—four Trump supporters block the view of two protesters. One of the men then shoves the two protesters. A volley of words ensued between the two groups, while other rally goers can be heard yelling at the protesters, “Get out!”

At the 50 second mark a big, burly man wearing a cowboy hat puts one of the protesters in a headlock from behind and attempts to drag him away.  As Trump is boasting, “We’re going to win so much. . . you people are going to get sick and tired of winning”, security arrives, breaks up the melee, and presumably escorts the protesters out.

Violence at Trump rallies have become the norm. Last October, according to AFP, pro-immigration protesters were spat on and shoved during a Trump gathering in Richmond, Virginia. And then, in November, a Black Lives Matter demonstrator was attacked during a rally in Birmingham, Alabama.

When asked about the violence at the Alabama rally Trump responded, “Maybe he should have been roughed up. Because it was absolutely disgusting what he was doing.”