WATCH: Four white Fox hosts argue America is racism free -- and Danny DeVito is just too short to see it 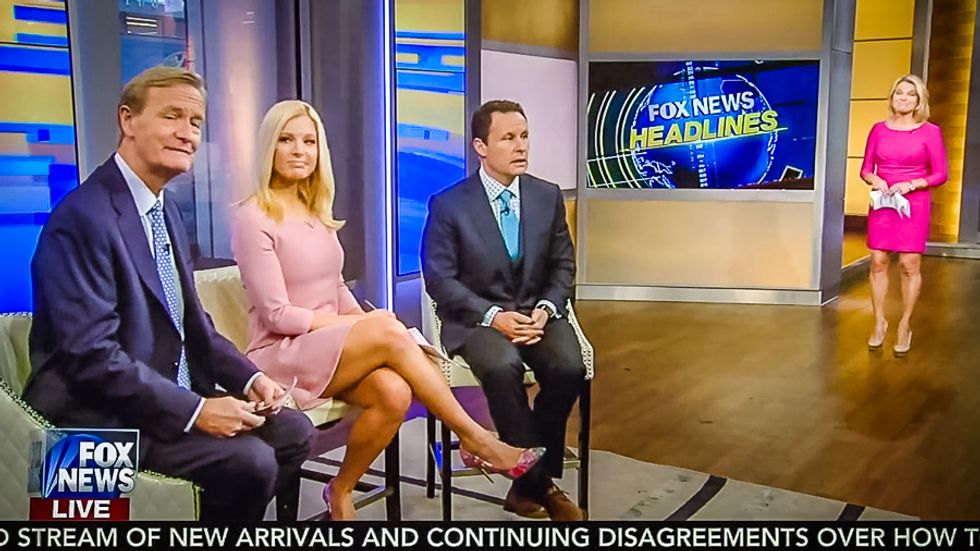 The four hosts of Fox & Friends on Monday argued that Danny DeVito had been wrong to cite racism as one of the causes of this year's all-white Oscar nominees.

While at the Sundance Film Festival last week, DeVito had lamented living in "a racist country."

"We are living in a country that discriminates and has certain racist tendencies," he said. "So sometimes it manifests in things like [Oscar nominations], and it's illuminated. But just generally speaking, we're a bunch of racists."

On Monday, Fox News host Brian Kilmeade quipped to his three white co-hosts that DeVito "is only 4'11" and he knows what's wrong with America."

"He can go to France, Canada," Kilmeade suggested.

"I guess he forgot about cabinet secretaries being African-American," Nauert snarked. "Oh, the president too."