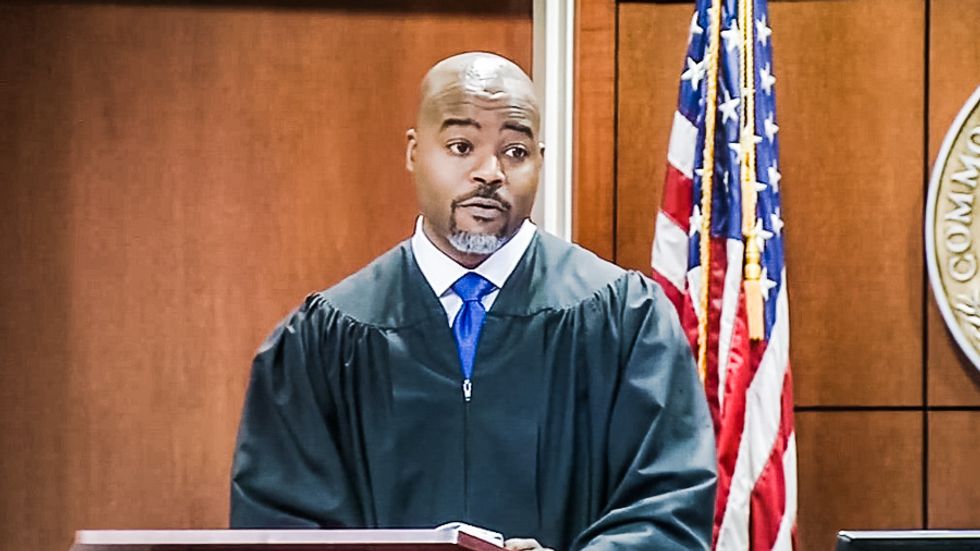 A Kentucky man is spending 60 days in jail after he used a racial epithet in front of a black judge on Monday.

"Punk ass n*gger!" Satterly shouts as he turns to walk out of court.

Moments later, Stevens asks deputies to bring Satterly back into the courtroom.

"Is there something that you wish to say to me?" the judge asks.

Satterly argues that he had directed the slur at his brother, not the judge.

"No, no, no, I didn't mean it like that," the defendant insists.

"Oh, you didn't mean it like that?" Stevens replies skeptically. "You don't speak those words in here. And that word particularly, you don't use that word."

"I'm going to give you 60 days for having used that word. I'm going to hold you in contempt right now for having done it in this courtroom. It's disrespectful; don't ever do it again."

Monday was Stevens first day back on the bench after he was scolded by Kentucky's chief justice for complaining on social media that prosecutors wanted "all-white juries."

Although Kentucky Chief Justice John Minton declined to disqualify the judge for bias against prosecutors, Stevens decided to take himself off the bench after he was ordered into private mediation.

"Judge Stevens’s ensuing public discourse appears to flout the directives of the Code of Judicial Conduct, creating a social-media firestorm calculated to aggrandize himself by exploiting the deep-seated and widespread distrust of the criminal-justice system by minority communities," Minton wrote.