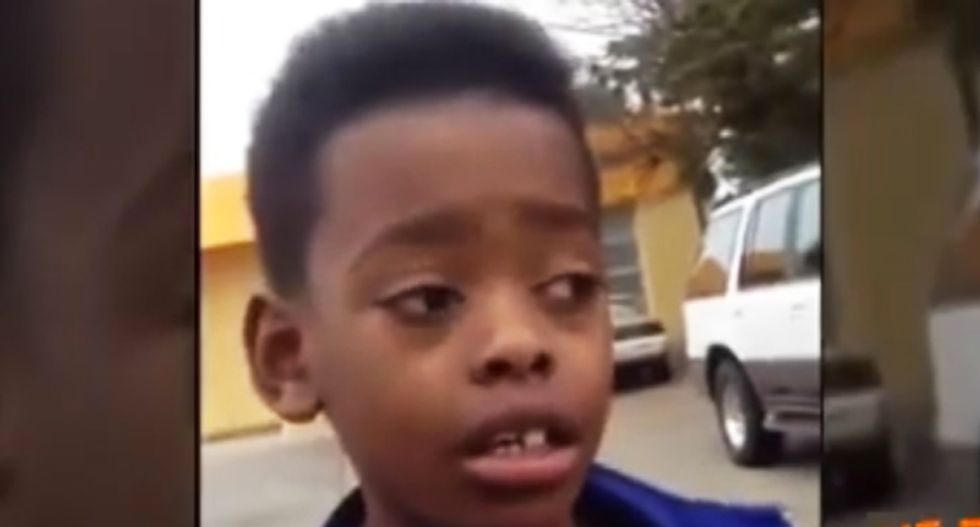 In a stunning, and ultimately sad commentary on the times we live in, a man stopped two black boys playing with toy guns in his neighborhood and paid them to go play inside because he feared they might be shot by police.

In the unsourced video that has gone viral, the man explains why he is giving them "a couple of dollars."

"The reason I'm giving you a couple of dollars is I don't want you walking around with those guns," he tells them while indicating their toy guns. "You see them guns right there? That can get you caught up. Don't nobody know about you, the police see you, he'll try to take them guns from you while he tires to shoot you. So let me give you a couple of dollars to get off these streets."

The mention of police shooting children playing with toy guns is undoubtedly in reference to the tragic shooting of Tamir Rice , who was gunned down moments after a police cruiser rolled up on him in a Cleveland park.

The officer, Timothy Loehmann shot the 12-year-old Nov. 22, 2014, after a 911 caller had reported seeing “a guy with a gun.” A Grand jury in Cleveland declined to bring criminal charges against Loehmann in the shooting.

As the man walks away he adds, "I can't believe those boys are out here with those guns."