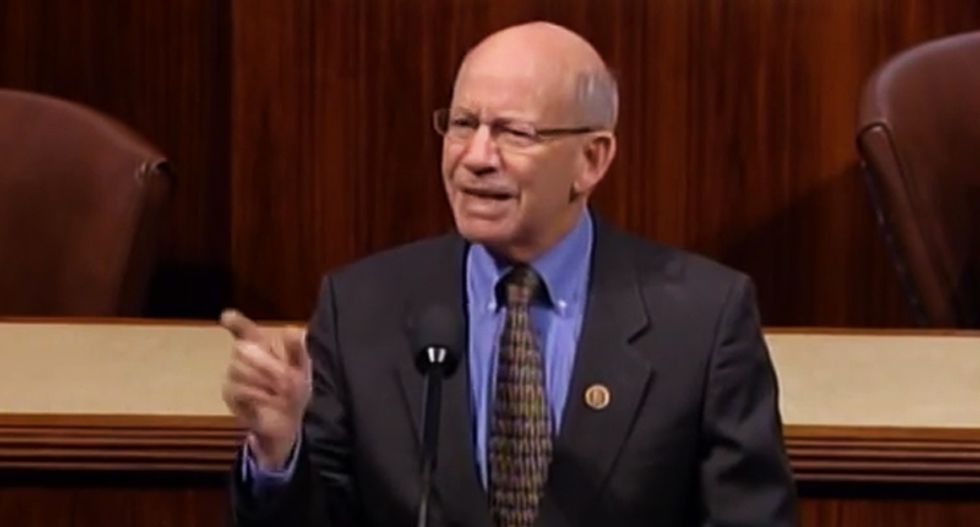 Asking "Is anybody home?" an Oregon lawmaker tore into the U.S. Justice Department for sitting on their hands and letting "ultra-rightwing anti-government extremists" occupy the Malheur National Wildlife Refuge, KEZI is reporting.

Democratic Rep. Peter DeFazio, who represents Eugene, Oregon, took to the floor of the House of Representatives where he mocked the Justice Department for their continuing hands-off approach when it comes to all things Bundy.

"The heat and the lights are on  at the Malheur Wildlife Refuge, illegally occupied by ultra-rightwing anti-government extremists," DeFazio began, "But you gotta wonder if the lights are on or is anybody home down there at the Justice Department."

"Hello" he sarcastically cried before adding, "I don't think there's anybody there."

"I believe that this illegal occupation, this destruction of federal property was directly emboldened by the fact that their father of the two leaders, Cliven Bundy, stood down the government two years ago when he owed a million dollars -- other ranchers paid their grazing fees, he refuses to do it. And he was grazing in areas that were prohibited," he exclaimed. "And he stood down the government at the point of a gun, and he's still grazing and nobody, nobody at the Justice Department has seen fit to raise a finger against him."

"He celebrated the anniversary of the takeover and said 'this is how it's done.' And now his sons are replicating that in my state of Oregon, where we abide by the laws," Rep. DeFazio said. "Yeah, we disagree over a lot of federal policies, but we abide by the laws."

"It's time for the Justice Department to take some action. Wake up down there!" he shouted.