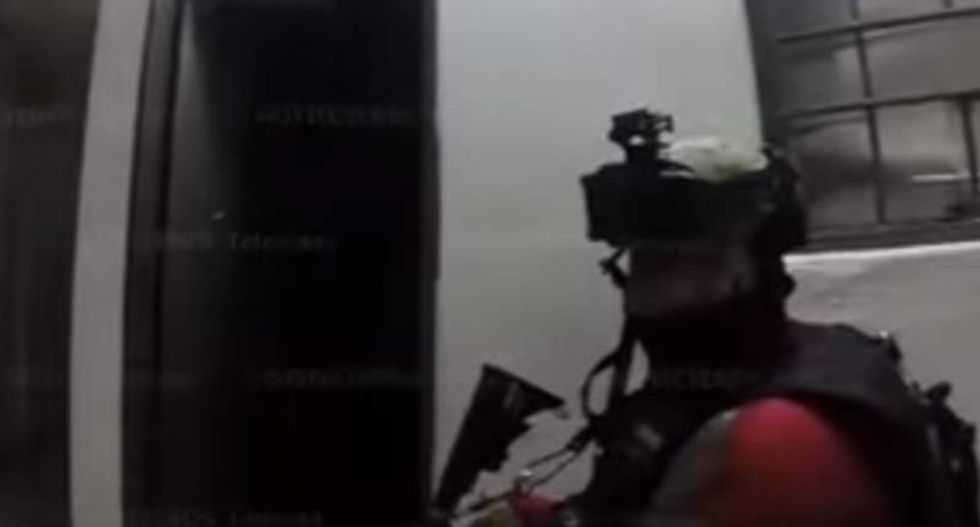 According to the news show Primera Noticia, the raid -- dubbed "Operation Black Swan" -- was conducted on Friday after authorities received a tip saying that Guzman was staying at the house in Los Mochis, in Sinaloa state.

The footage appears to be taken from a body camera worn by one of the troops, and opens with them breaking down the door to the house and moving in, leading to an exchange of gunfire between them and Guzman's security forces.

ABC News reported that five of the guards were killed. Two other men, as well as two women, were captured. But Guzman himself escaped the raid, only to be captured later that day.

The video, as posted online, can be seen below. NOTE: It is graphic.