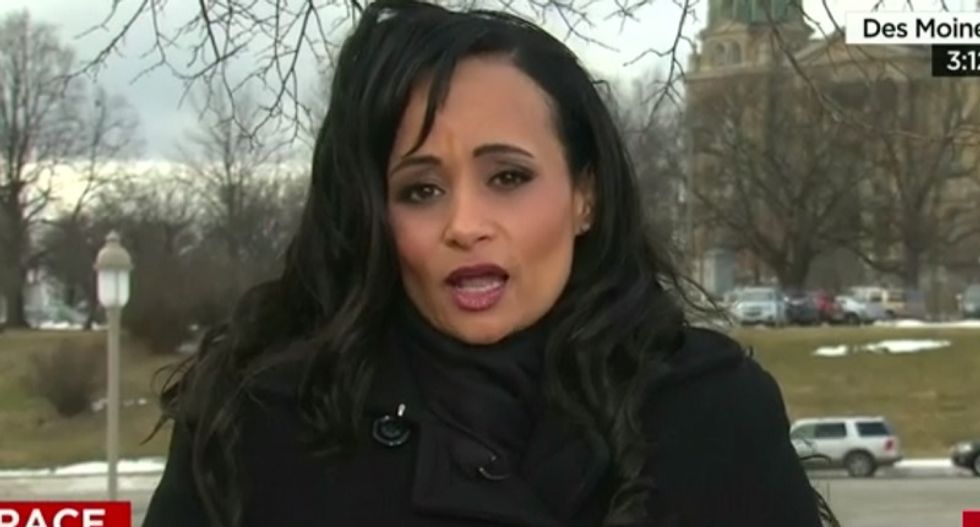 Donald Trump made a big to-do about boycotting the GOP primary debate Thursday night and holding a competing event to benefit military veterans.

Although he is the front runner in the GOP primary, Trump is locked in a feud with Fox News over questions asked by moderator Megyn Kelly in August, which he considered too harsh. On Friday, when confronted with questions by CNN about which veterans organization would be accepting millions of dollars in donations, Trump's spokeswoman, Katrina Pierson, couldn't answer.

"The money is going to a Trump organization now. Name one veterans organization that has agreed to accept that money," CNN host Jim Sciutto pressed.

Sciutto then confronted Pierson about tweets she made calling President Barack Obama a "jihadi" and "head Negro."

Pierson blamed those tweets on arguments over Twitter with liberals.

"So of course you could pull any of those tweets out of one of those heated discussions because a lot of times it's in the sphere of fighting off other liberal activists," she said before launching into criticism of the question itself. "I got to tell you. It's interesting that this has made some sort of news cycle when we have all of the things that are happening in the world, including a presidential race, to go back 36,000 tweets, pull them out of context of the discussion and try to make that a news story."

Watch the exchange, as posted by CNN, here: