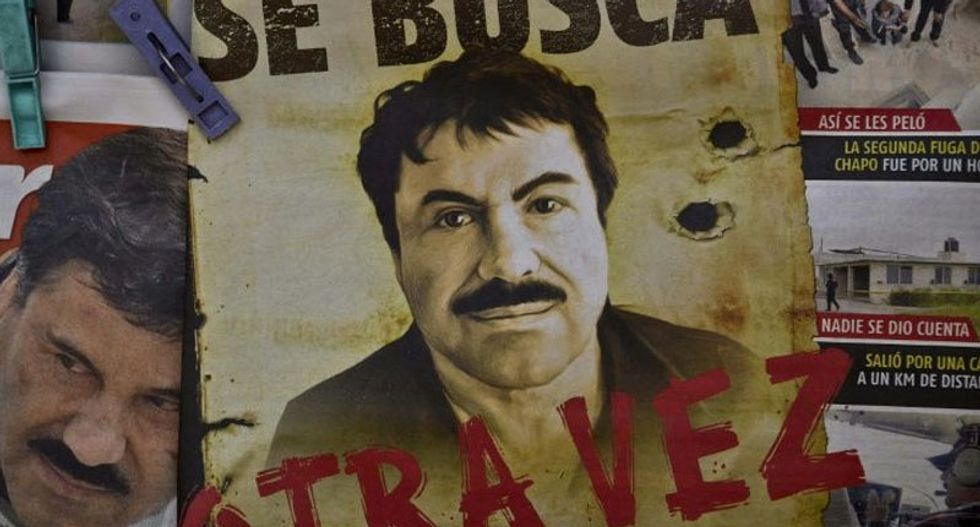 "Mission accomplished: We got him. I want to inform Mexicans that Joaquin Guzman Loera has been arrested," Pena Nieto wrote on Twitter.

A presidential spokesman confirmed the authenticity of the tweet to AFP, but declined to give more details, saying that a press conference would be held later Friday.

Mexican marines have conducted extensive operations in the northwestern states of Sinaloa and Durango since the 58-year-old drug lord's spectacular July 11 escape.

News of his arrest came shortly after the navy reported that five suspects were killed in a clash with marines in the Sinaloa city of Los Mochis, but it did not indicate whether it was related to Guzman.

On July 11, 2015, after just 17 months at the Altiplano maximum-security prison in central Mexico, Guzman slipped through a hole in his cell's shower, climbed on a motorcycle mounted on rails, and traveled 1.5 kilometers (one mile) through the tunnel.