What did Charles Manson hear in the music of the Beatles? 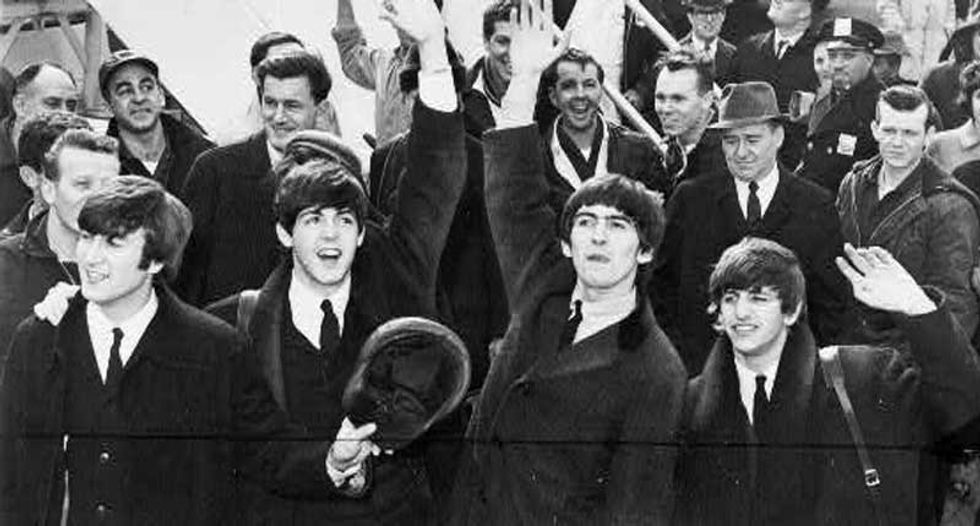 Cult leader Charles Manson clearly marched to the beat of his own drum. But as a young man in the 1960s, his ears couldn’t help but tune in to the sounds of the Beatles.

While others heard groovy tunes from the Fab Four, Manson detected a different message. Manson himself was an aspiring musician who spent time with the Beach Boys’ Dennis Wilson and even recorded his own album in 1968. As Manson’s mania intensified and his Family grew, the killer cult leader became convinced that the Beatles were speaking directly to him. Embedded in their songs—in particular those featured on the 1968 self-titled release known as "The White Album"—were warnings of an impending race revolt by African Americans against the white establishment, inciting world-wide violence and Armageddon.

Charles Manson’s affinity for the Beatles was obvious. He referred to his temporary home in Canoga Park—where he and his Family hashed out their infamous murder spree—as the Yellow Submarine. Life in the Family, as Manson liked to call it, was a Magical Mystery Tour.

Yet it was "The White Album" that spoke the loudest to him. Critically praised upon its release in 1968, the album was a radical departure from the Beatles’ previous work, likely influenced by the anti-establishment attitudes of the era. For Manson, it solidified his delusions of the coming race war, which he dubbed “Helter Skelter” after the Beatles track. In his mind, the song’s lyrics served as a warning of the impending apocalypse: “Look out helter skelter helter skelter/ Helter skelter/ Look out helter skelter/ She's coming down fast/ Yes she is/ Yes she is.”

The line “You can count me out, in” from the track “Revolution 1” proved to Manson that the Beatles backed the coming revolution and encouraged him to ignite it. “Honey Pie” was an admission by the group that they planned to “Sail across the Atlantic” and join Manson in California, seduced by “The magic of [his] Hollywood song.” And the ominous tape collage “Revolution 9” tied it all together. Included in the track are recordings of explosions, fire, oinking pigs, and shouts. The song’s title paralleled the Bible’s Revelation 9, with the four band members equaling the four angels of the apocalypse. "Revolution 9" concludes with sounds of gunfire and screaming, and then segues into the lullaby “Good Night.”

Manson orchestrated the infamous Tate-LaBianca murders of August 1969 to jumpstart the war, urging African Americans into action. References to Beatles songs were all over the crime scenes. At the site of the Sharon Tate killings at 10050 Ceilo Drive, “Pig” was written in Sharon Tate’s blood, a nod to the track “Piggies.”

The next day the Family descended upon the home of supermarket executive Leno LaBianca and his wife Rosemary. A cult member carved “WAR” into Leno’s stomach, while another stabbed a carving fork in his abdomen and a steak knife in his throat, presumably an allusion to the “Piggies” lyrics: “Everywhere there's lots of piggies/ Living piggy lives/ You can see them out for dinner/ With their piggy wives/ Clutching forks and knives to eat their bacon.”

The words “Rise” and “Death to Pigs” were written on the walls of Leno’s home in his blood, and “Healter Skelter [sic]” was scrawled on the refrigerator. Manson was fond of the word rise. He heard the word shouted repeatedly in “Revolution 9” and claimed that the song “Blackbird” told of African Americans and their rise to power. “Blackbird singing in the dead of night/ Take these broken wings and learn to fly/ All your life/ You were only waiting for this moment to arise.”

Police eventually traced the clues of the Tate-LaBianca murders back to Manson and his Family. The deadly members were put on trial for seven counts of murder in the summer of 1970. Among the corroborating evidence authorities found at their hideaway in the California desert, was a door inscribed with “Helter Scelter [sic] is coming down fast.” The phrase “1, 2, 3, 4, 5, 6, 7—All Good Children (Go to Heaven?)” was scrawled above, a reference to lyrics from the 1969 Beatles album "Abbey Road". Images of the door mural were included in the prosecution’s case against Manson and his followers.

Today, the unrepentant murderer is serving a life sentence in California's Corcoran State Prison. One has to wonder if Manson still believes in his warped vision of Helter Skelter and the apocalyptic messages hidden in the music of the Beatles.

This story was originally featured on The-Line-Up.com. The Lineup is the premier digital destination for fans of true crime, horror, the mysterious, and the paranormal.