Who said it? Republican presidential candidates or Oregon militants? 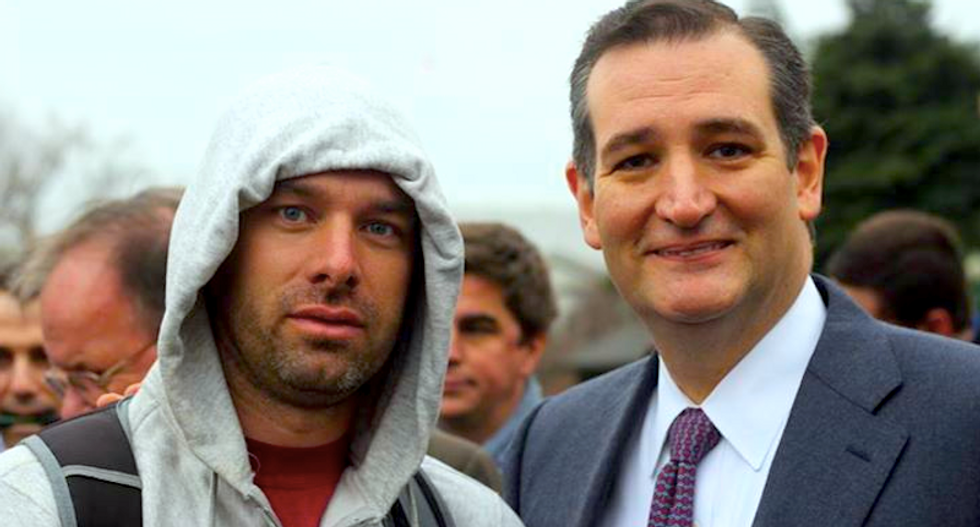 Most of the Republican candidates have disavowed the heavily armed militants -- or their tactics, at least -- who took over an Oregon nature preserve to protest government ownership of federal land.

But how far outside mainstream GOP thinking are the militants' views? Read a few of their quotes side-by-side with Republican presidential candidates and see if you can tell who said each. (Answers are listed below.)

1. "The 2nd Amendment to the Constitution isn't for just protecting hunting rights, and it's not only to safeguard your right to target practice. It is a Constitutional right to protect your children, your family, your home, our lives, and to serve as the ultimate check against governmental tyranny -- for the protection of liberty."

3. “Americans should go out and buy a new gun – and to improve your accuracy, you can take aim at Washington stupidity, blow holes in ridiculous government programs and shred our unfair tax code with a customized shooting target.”

4. “But the fact of the matter is if you look back through history, what our government is doing is not unprecedented by any stretch of the imagination, it always starts like this and freedom is not free and there may come a time when people have to actually stand up against the government. I hope that doesn’t happen.”

5. “The people will need to be able to use the land and resources without fear as free men and women. We know it will take some time.”

6. "It is the people's facility, owned by the people, it has been provided for us to be able to come together and unite and make a hard stand against this overreach - this taking of the people's land and resources."

7. "You run into problems now with the federal government being, you know, this bully — this big huge government bully. You would have less of that if you had more local ownership of the land. State ownership would be better, but even better would be private ownership."

8. "I'm sick of government overreach. The sole character of who we are as Americans is we we want to live in peace without a boot being on our face."

9. “There's too much federal control over land, especially out in the Western part of the U.S. There are states like Nevada that are dominated by the federal government in terms of land-owning -- and we should fix it."

10. "I'd either sell or turn over all the land management to the states. I don't think the federal government needs to be involved."

11. "We're shedding light on the fact that the BLM is a tyrannical oppressive force out here."

12. “The federal government is now bringing the battlefield to our country. They are bringing in ‘refugees’ by the masses and refusing to declare war against Radical Islam. We as American Citizens have the right to protect ourselves and our families from such threats."

13. "This could be like a Trojan horse. I mean, this could be a Trojan horse in a sense -- 200,000 people coming into the United States, and let's say a lot of them would be ISIS. And they come in here and we're totally unprepared for it."

Here are the answers: