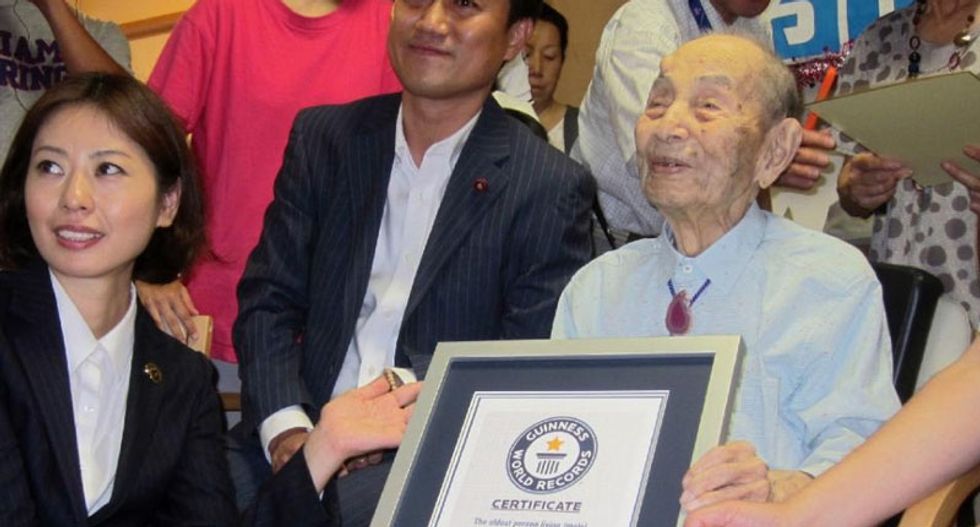 The world's oldest man, Yasutaro Koide, died on Tuesday at the age of 112 in central Japan, a local official said.

Koide, born just months before the Wright brothers made their first successful flight, died in hospital in the central Japanese city of Nagoya, where he had lived for many years, said the city official.

The super-centenarian, recognised as the world's oldest male at 112 last year, died of heart failure and pneumonia, the official added.

Koide, a former tailor who was born on March 13, 1903 in Fukui prefecture, northwest of Tokyo, received a certificate from Guinness World Records confirming the achievement after another Japanese man who was just a month older died in July.

Asked about the key to longevity, Koide had reportedly said: "The best thing to do is avoid overwork and live with joy."

Japan is known for the longevity of its people and around a quarter of its population of 127 million is aged 65 or older.

It was not immediately clear who would succeed Koide as the world's oldest male.

Currently, the world's oldest person is American Susannah Mushatt Jones who is 116 and was born on July 6, 1899, according to the Guinness World Records website.