'You got a problem, bro?' Road-raging man explodes in a f*ck-filled fury that was caught on video 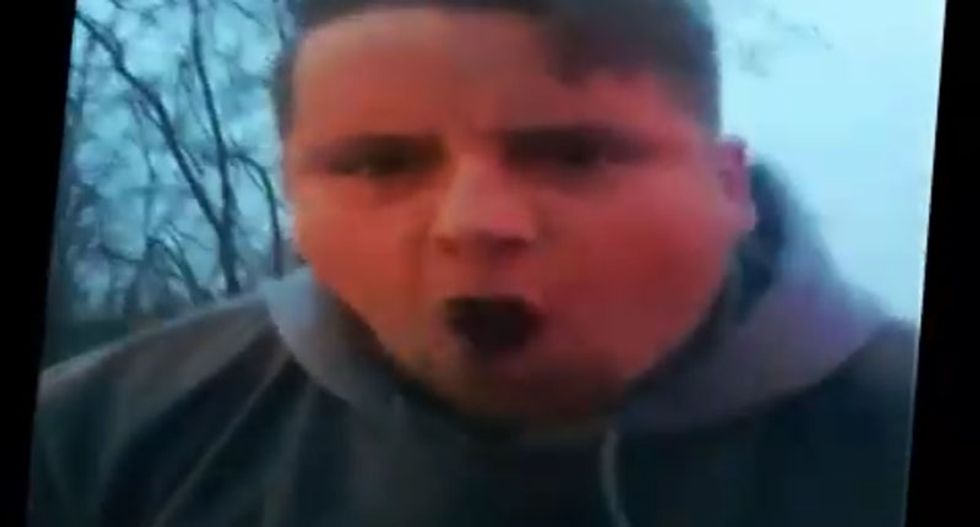 A road-raging driver in Pennsylvania has been caught on camera threatening another motorist.

A video recently posted to YouTube shows the man in a gray sweatshirt punching a car's window as he screams at the man inside.

"Hey, you got a problem?" the unidentified man yells. "You got a problem, bro? Get the f*ck out motherf*cker. Let's do it, you want to hit the front of my car? F*ck you!"

"I didn't hit you. Use a turn signal," the cameraman replies.

"Step the f*ck out, b*tch!" the man continues to yell as he tries to open the car's door.

The angry man eventually returns to his own car after the cameraman warns him he is about the call the police.

The cameraman said in a comment on the social media site Reddit that he was driving home from work when the incident happened.

"We came upon a stop sign. (except right turn)" he wrote. "He didn't signal a right turn so I moved to the right to avoid having to stop. He then turned right prompting me to break quickly to avoid him. Several minutes later at the next red light he went into the left turn lane then got on my six (behind me) and followed me for a while. Once we hit a long red light he got out of his car and approached me. I remained calm for two reasons. One.. I was filming.. Two.. I had a pistol in my lap under a coat. (I have a conceal carry license) If the window broke and he assaulted me, I was going to protect myself."