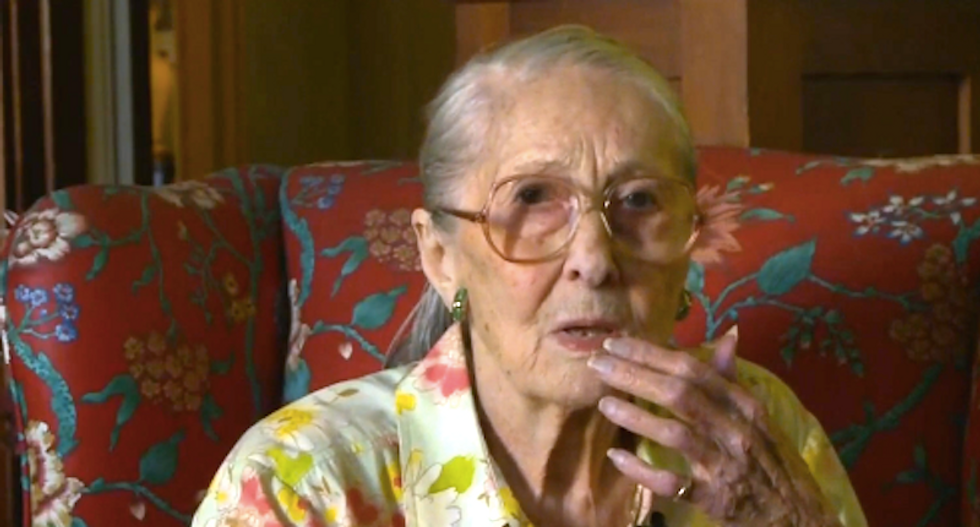 A 97-year-old cancer patient is being forced out of her home of 66 years so her new landlord can cash in on the northern California real estate boom.

Marie Hatch said her friend and landlord promised years ago that she could stay in her Burlingame home as long as she liked, but that agreement was never written down, reported KPIX-TV.

Her original landlord, Vivian Kruse, died years ago, and the current owner has given Hatch and her 85-year-old roommate 60 days to move out.

The current owner was married to the original landlord's granddaughter, and he took sole possession of the property when his wife died.

The owner said through his attorney that he knew of no agreement that would allow Hatch to continue living in the cottage at her current $900-a-month rent.

That's well below the $3,200 monthly rent estimated by Zillow, which values the property at $1.2 million.

The elderly women said they have no idea where they would go if they are forced to move, saying they can't afford the soaring cost of housing in the San Francisco Bay area where they've spent most of their lives.

“I’ll be out on the bus stop bench surrounded by my boxes of my beloved books, and that’s all I can foresee,” Rothrock said.

The current owner, David Kantz, said he feels bad, but he insisted he was “duty bound to sell the property” by the terms of a family trust set up for his sons.

The high-profile law firm Cotchett Pitre & McCarthy has offered to represent the elderly pair for free, and attorney Nancy Fineman said the case appears to be wrongful eviction.

"When you see this house and you meet Marie -- you can see there is a lot of love in that house," Fineman said. "Fulfilling the promise of being able to live there for life is not charity, it's the honorable thing to do."

Kantz's attorney, Michael Liberty, said the landlord had offered to reach an agreement with potential buyers to let the women stay and asked city officials to help the elderly woman relocate.

"Ms. Hatch is a valued tenant and accommodations must be made for her comfort and care," Liberty said in a statement. "But the landlord cannot bear sole responsibility; the tenant's family must cooperate in this matter rather than use the media regarding a purported 'life tenancy.'"

Fineman said she would ensure the verbal agreement made by Kantz's late grandmother-in-law was enforced, and friends have set up an online fundraiser to help if Hatch is unable to stay.