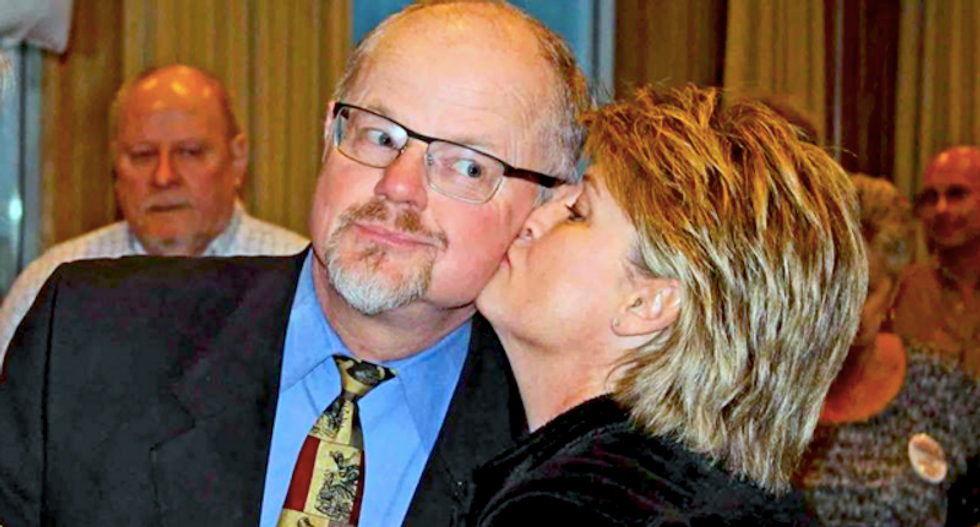 An Arkansas church said a local candidate for judge is bullying them after they removed his campaign sign from their property.

"I didn't know what to think, I didn't know who put it there," said Pastor Kara Taylor. "We aren't trying to endorse candidates, we're trying to share the gospel and to help people grow in their walk with God."

Church members took down the sign -- which angered Lightfoot, an attorney and candidate in the nonpartisan judicial race.

Lightfoot argued that the sign was at least 50 to 60 yards away from the church -- which he pointed out was rented from one of his supporters.

"This is her property, she supports my candidacy, she has the right to allow me and request that I place the sign," Lightfoot said. "Bluntly, it's none of their business."

Church members said Lightfoot threatened to have them arrested and brought a sheriff's deputy to one of their worship services.

"He told us that we didn't have any rights as a renter," said church member David Hagood. "(He said) that this is the land owner's property and that they can do as they wish."

Taylor, the pastor, argued that Arkansas state law granted renters sole possession of their property, and she suspects Lightfoot is picking on her congregation because it's small.

"I don't think he would've ever tried this up the street at the First Baptist Church," she said.

Taylor said she plans to find a new home for her congregation once the current lease expires.