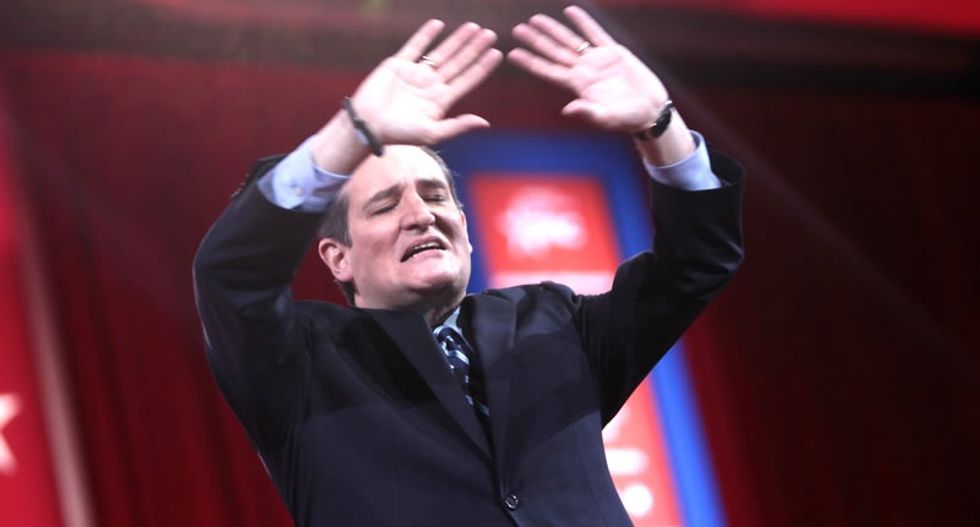 An adult film company that specializes in celebrity skin flicks has offered Texas Sen. Ted Cruz $1 million for his Republican presidential bid if he is willing fulfill his boyhood dream of starring a teen "tit flick."

According to latter obtained by TMZ, Vivid Entertainment head Steve Hirsch sent a letter to the Cruz campaign offering to make an adult film with the Texas senator if he is willing to "show off his sexual prowess for the whole world to see."

In a video released last month, a young Ted Cruz professed, "My aspiration is to, oh, I dunno, be in a teen tit film like that guy who played Horatio. You know, he was in Malibu Bikini Beach Shop?”

"I will donate $1 million to to your campaign through any Super Pac you want. In return all you need to do is show off your sexual prowess for all the world to see."

Hirsch also said he would be amenable to making the film in Cruz's "home country of Canada."

Screenshot of the letter below, via TMZ: 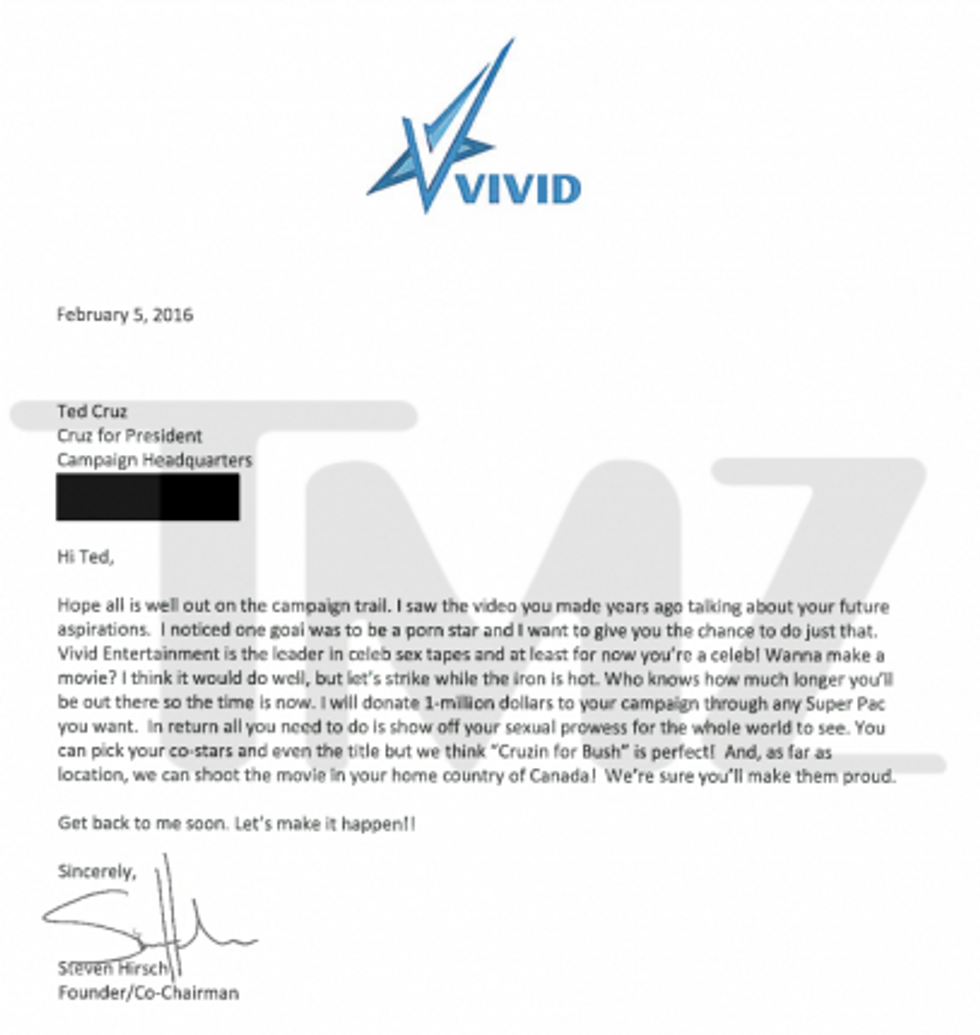