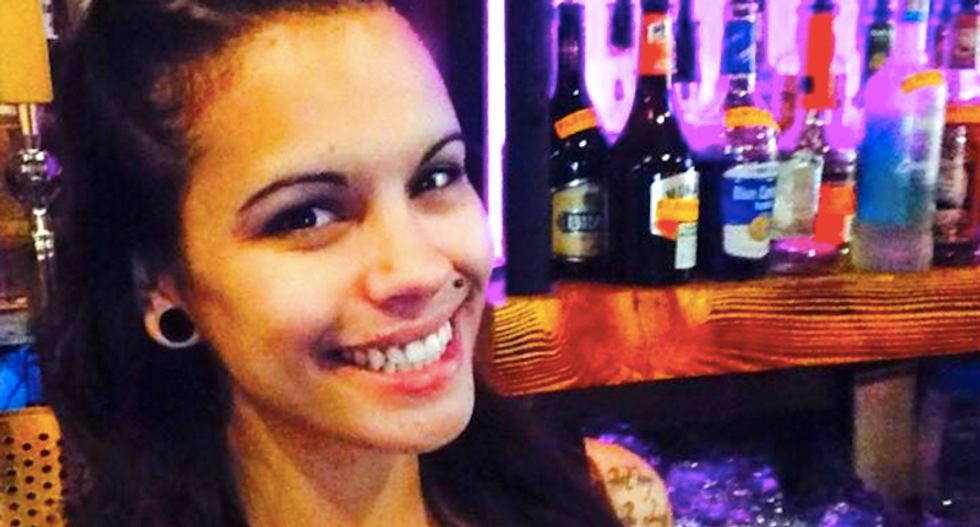 A Utah man shot and killed his girlfriend during an argument Sunday night after the Super Bowl.

The 41-year-old man called police shortly before 11 p.m. to report that he had shot his 30-year-old girlfriend after she pulled a knife on him, reported KSL-TV.

Police found the woman dead from multiple gunshot wounds when they arrived at the couple's Riverdale apartment.

The woman has been identified in news reports as Jenna Manuel or Jenna Spinya, the mother of an 8-year-old daughter and longtime employee at an Ogden bar.

Investigators said the couple began arguing shortly after one of them returned from watching the Super Bowl with friends.

The man said Spinya attacked him with a knife, and he shot and killed her.

He has been questioned by police, but he has not been arrested or charged.

His name has not been released by police.

The woman's daughter was home at the time but did not witness the shooting.

A friend described the man as a "funny, an all-around nice guy," and she was not aware of any previous signs of domestic abuse since the couple moved to their apartment in October.

"I've known him for a few years, and I've only spoken with her a couple of times," the woman said. "He's a great guy; he's a great person. The times that I did talk to her, she's a great person, too. Very sweet. I'm very shocked. I never would have thought that something like this could have happened."

Spinya's employer said the couple seemed to have typical disagreements, but she noticed no warning signs of violence.

Her sister, who also worked at the Funk and Dive Bar, said she couldn't believe Spinya had attacked her boyfriend.

"I don't know, but I don't believe it -- she's never ever gone for a weapon in her life," said Michelle Manuel.