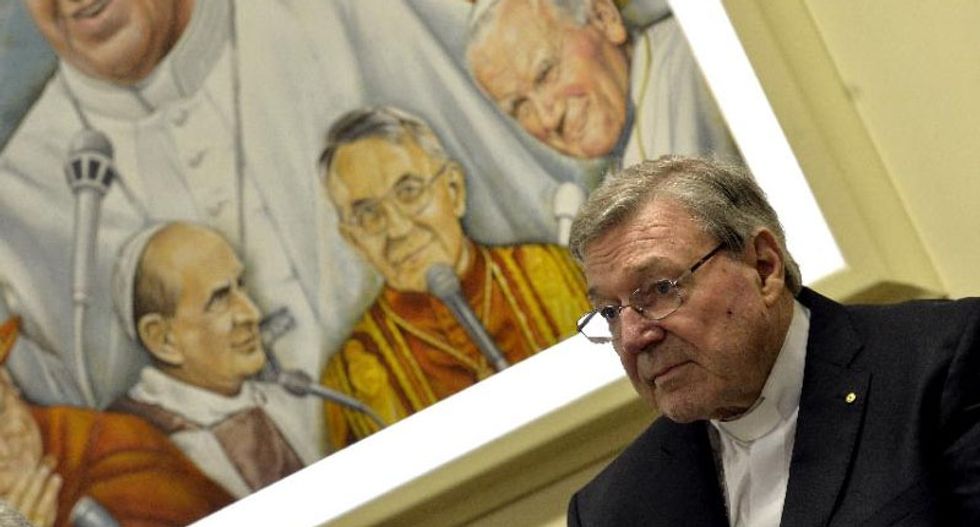 A crowdfunding campaign to send victims of child sex abuse to Rome to hear Vatican finance chief George Pell give evidence to an Australian inquiry has been overwhelmed by support, doubling its target in two days.

Cardinal Pell, formerly the top Catholic official in Australia, is too ill to travel to the Victorian state town of Ballarat to appear in person at a Royal Commission and is expected to give evidence via video-link from Rome later this month.

"The survivors of Ballarat and District child abuse feel the face-to-face hearing was important for healing and understanding," campaigners wrote on their gofundme page.

"With the news that Cardinal Pell could not come here, it seems appropriate to get the survivors to Rome to sit in front of Pell as he gives evidence."

Pell has always denied knowing of any child abuse occurring in Ballarat, including by paedophile priest Gerald Ridsdale who abused dozens of children over two decades.

The survivors group had hoped to raise Aus$55,000 (US$39,110) to send 15 people to Rome when they launched their campaign this week, but by Wednesday had raised more than Aus$111,000 with donations still coming in.

Andrew Collins, a spokesman for the Ballarat and District Survivors Group, said the public's response had been incredible and humbling.

"It's not so much just to look him in the eyes; it's to be a part of that process, to make sure that due process is afforded to everybody," Collins told the Australian Broadcasting Corporation.

"We had to give evidence standing in front of the whole courtroom type scenario. We didn't get to give it in private."

Collins said giving his own evidence of abuse to the Royal Commission into Institutional Responses to Child Sexual Abuse was harrowing.

"Some of the guys couldn't do it. You know, they struggled; they broke down," he said.

Australia's senior Catholic clergy have thrown their support behind Pell, describing him last year as a "man of integrity who is committed to helping others".

But the hearings at the Royal Commission have heard claims that Pell tried to bribe a victim of Ridsdale to keep him quiet.

Pell, who accompanied Ridsdale to court in 1993 when he admitted widespread abuse, has repeatedly denied knowing about any of the offences, helping move the priest to another parish or that he tried to buy anyone's silence.

The commission was called after a decade of pressure to investigate wide-ranging allegations of paedophilia in Australia, and has heard harrowing claims of child abuse involving places of worship, orphanages, community groups and schools.

Among those supporting the crowdfunding campaign is Australian singer-songwriter Tim Minchin, who has written the single "Come home", the proceeds of which will go towards the campaign.