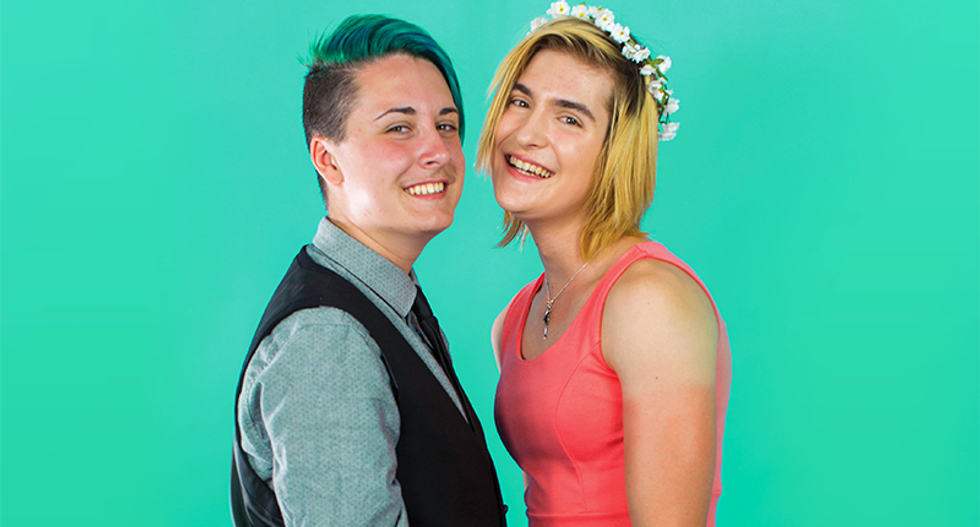 A conservative group tried to sabotage an annual LGBTQ teen dance, but ended up raising thousands of dollars for it instead.

Often times LGBTQ teens who want to bring their same-sex dates to school dances end up causing themselves more problems. They may be bullied or, in some places, the school may even ban their date.. The Australian Same Sex Gender Diverse Formal hosted by Minus 18, aims to help create a safe environment for teens to bring their same-sex boyfriends or girlfriends and dress in whatever attire makes them comfortable without it becoming a political issue.

"Imagine being told by your school that the clothes you feel comfortable wearing to a formal aren’t considered ‘normal’ or don’t conform to a dress code," they wrote on the event page. "Imagine not being allowed to take a partner of the same sex, or being too afraid to attend altogether." There are also students who often can't afford the $40 fee to attend, so this year, Minus 18 decided to crowdfund for those in need.

That's when The Stop Safe Schools Coalition got involved. Their organization fights back against  schools and groups that try to “foster safe and inclusive environments for same-sex attracted, intersex, and gender diverse students, staff and families.”

Posting a call to action to their 700+ Facebook fans, which has since been deleted but can be found thanks to LGBTQ Nation, they asked people to buy tickets. "The more tickets sold to us the more youth we protect. They are non-refundable unfortunately so if you are then unable to attend you can't get your money back or a ticket sold to someone else" with a smiley face at the end. 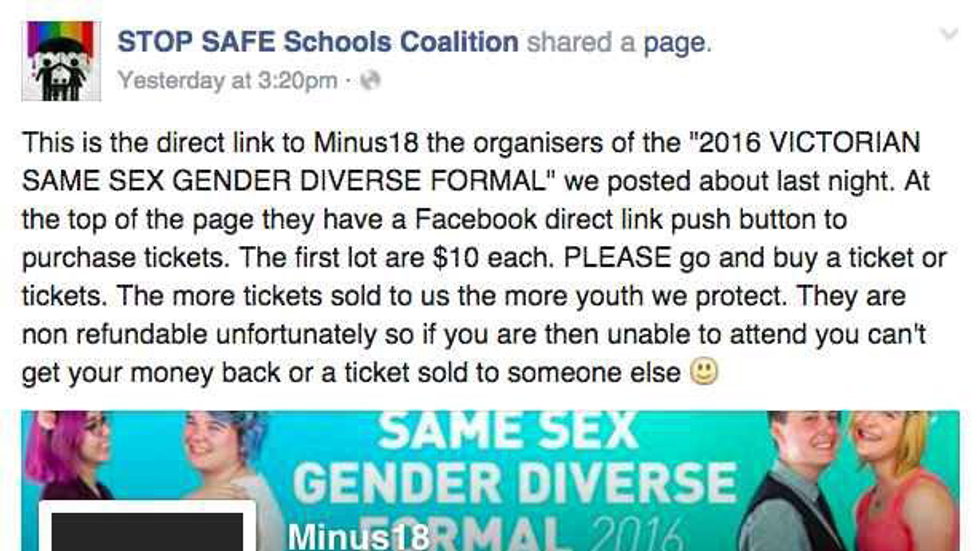 But this was a crowd funding campaign. Donors were not buying tickets for themselves, they were purchasing them for needy students. The more people that donated the more LGBTQ students in need they were helping.

“You realize that if the conservatives do buy all the tickets, you can just allow registered people on a waiting list in for free? They’re effectively subsidizing tickets for those who can’t buy one,” one person commented on the Facebook page.