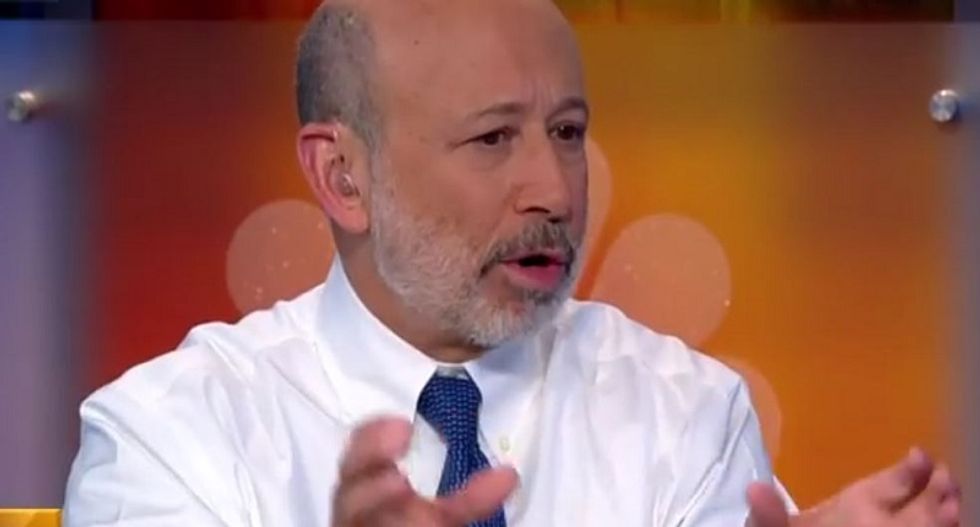 The head of a major banking firm is "feeling the Bern" but not in the way many of Vermont Sen. Bernie Sanders' voters are.

Goldman Sachs CEO Lloyd Blankfein said Sanders is tapping into class-based anger against growing inequality and called his candidacy a "dangerous moment." Blankfein was speaking Wednesday on CNBC's "Squawk Box," according to Politico.

“It has the potential to personalize it, it has the potential to be a dangerous moment. Not just for Wall Street not just for the people who are particularly targeted but for anybody who is a little bit out of line,” Blankfein said. “It’s a liability to say I’m going to compromise I’m going to get one millimeter off the extreme position I have and if you do you have to back track and swear to people that you’ll never compromise. It’s just incredible. It’s a moment in history.”

In January, Sanders was asked to list examples of corporate greed, and he listed Blankfein, according to Politico.

Blankfein said he doesn't "take it personally" because he has never met Sanders.

But Politico points out that there's an awareness of the anger against the so-called 1% that arose and continues to simmer after the 2007 mortgage crisis that led to a widespread economic recession.

Former Treasury Secretary Tim Geithner said Bill Clinton told him that, “You could take Lloyd Blankfein into a dark alley and slit his throat, and it would satisfy them for about two days. Then the blood lust would rise again.”

Sanders describes himself as a democratic socialist. His candidacy has presented Hillary Clinton, who has been the projected front runner since 2008, an unexpected challenge. This week, Clinton won the Iowa caucuses by a matter of a few votes.

Sanders has criticized Clinton's long-standing ties to Goldman Sachs. Blankfein endorsed her in 2008.