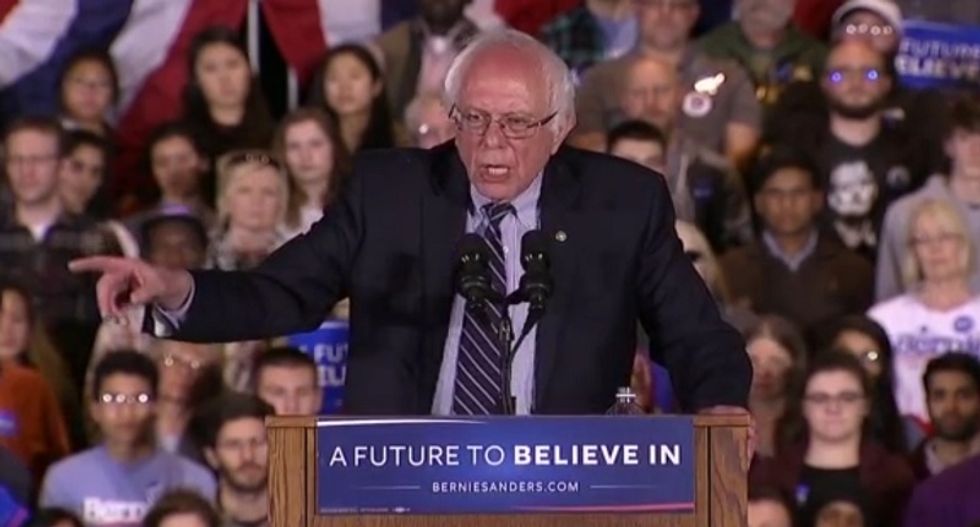 Senator Bernie Sanders (I-VT) gave a speech Saturday night after hearing the news that Hillary Clinton had won the South Carolina primary, in which he encouraged Americans to stay engaged in politics.

Sanders pulled out a victory against Clinton in New Hampshire and nearly tied with her in Iowa. He also came in a close second in Nevada. Clinton was the clear leader in polls leading up to the South Carolina primary on Saturday

He then went on to point out that lobbyists and "big money interests" want to keep voter turn-out low and discourage Americans from getting "involved in shaping America's future."

Sanders boasted he has a record-breaking 4 million-plus individual small campaign donors, who each gave an average $27 per contribution.

Sanders talked about boosting the federal minimum wage to $15 an hour and said 13 million jobs could be created by rebuilding "crumbling" American infrastructure.

He discussed a visit to Flint, Michigan, where the lead poisoning crisis left him incredulous.

"It was hard for me to believe I was listening to people who live in the United States in 2016," he said. "You'd think you were living in a fourth-world country."

He vowed to pay for his sweeping social programs, which include free college, by taxing Wall Street speculation.

"If Congress could bail out the crooks on Wall Street," he said, "it's time for Wall Street now to help the middle class of this country."

Sanders also hilariously bashed GOP candidate Donald Trump, who thinks of himself as the "greatest of the greatest of everything."