Bernie Sanders: Flint's 'horrific' water crisis should be a wake-up call for entire US 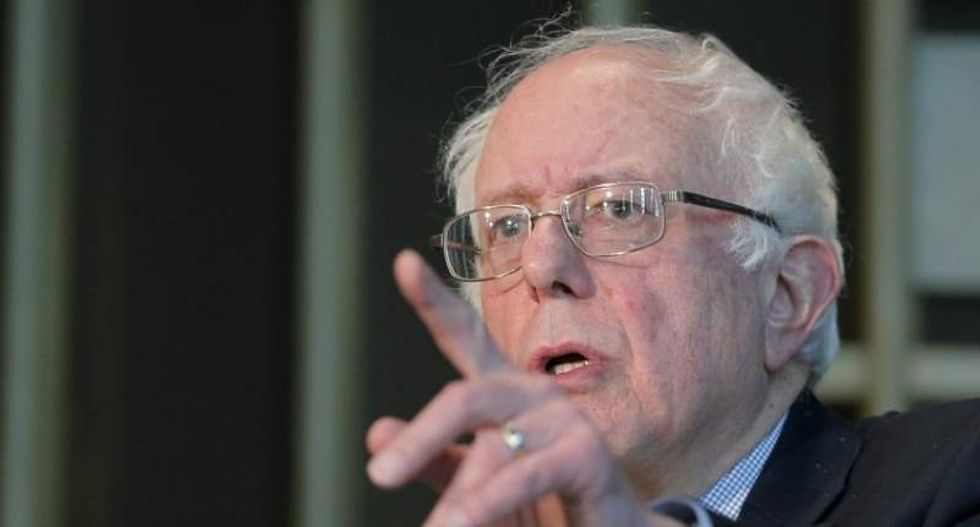 Democratic presidential candidate Bernie Sanders told residents of Flint, Michigan, on Thursday their "horrific" water contamination crisis should be a wake-up call about the country's crumbling infrastructure and required an emergency response.

"If there is any silver lining out of this tragedy, it is my hope that the American people will look at Flint and say, 'never again,'" Sanders said on his first campaign visit to the city, where a cost-saving decision to switch the water supply has led to a public health crisis from lead contamination.

"We are looking at children being poisoned - if that is not an emergency, I just don't know what an emergency is," Sanders, a U.S. senator from Vermont, told about 300 people jammed into a Flint church for a meeting that at times featured a freewheeling exchange with shouting residents.

Sanders, who has made his call for a $1 trillion investment in U.S. infrastructure a key part of his campaign agenda, said Flint's water crisis illustrated the need for a long-term commitment to rebuilding dilapidated water systems across the country.

"While Flint may be the canary in the coal mine, there are a lot of other canaries all around the country. The truth is our infrastructure is collapsing," Sanders said. "I hope that out of the tragedy will come fundamental changes."

Sanders' Democratic campaign rival, Hillary Clinton, visited the predominantly black city weeks ago and frequently highlights the crisis as an example of racial inequity as the two candidates vie for African-American support.

Sanders has called for the resignation of Michigan Governor Rick Snyder, a Republican, and met recently with some Flint activists during a visit to Michigan. He told the Flint crowd that hearing their stories of suffering was "horrific."

"Clearly this is part of a long-term trend of starving communities of color," he said.

The crisis was triggered when a city manager installed by Snyder switched the city's water supply from Lake Michigan to the nearby Flint River. The change corroded Flint's aging pipes and released lead and other toxins into the water supply.

President Barack Obama declared a state of emergency in Flint in January, authorizing federal emergency management officials to coordinate relief efforts. Lawmakers in Congress have wrestled with the size of a federal funding package to replace aging pipes.

Sanders and Clinton will return to Flint on March 6 for their next nationally televised debate ahead of the Michigan primary on March 8.