Bernie Sanders: Of course conservatives attack Pope Francis -- he is a socialist 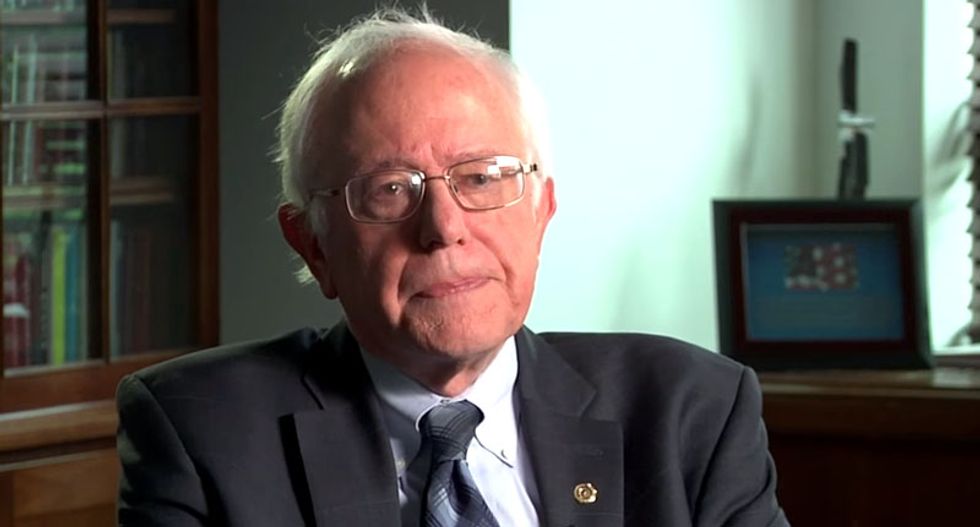 "He was come along in history at exactly the right moment," Sanders told Rev. Thomas Rosica of the Salt + Light network," because we are living in a world of massive income and wealth inequality where very shortly the top 1 percent of the world's population will own more wealth than the bottom 99 percent. We are living in a world where greed has become for the wealthiest people their own religion, and they make no apologies for it, and I see in this country people who are worth billion and billions of dollars pushing for policies that will make the rich richer and everyone else poorer."

"What he has also done is raise the issue of the worship of money, the idolatry of money, and to say maybe that's not what human life should be about, and that is a very, very radical critique of the hyper-capitalist world system that we are living in today," he said in the interview, which was published Tuesday.

Sanders said he considered Pope Francis to be a socialist, like himself.

“Well, what it means to be a socialist, in the sense of what the pope is talking about, what I’m talking about, is to say that we have got to do our best and live our lives in a way that alleviates human suffering, that does not accelerate the disparities of income and wealth," he said. "When he talks about wealth being used to serve people, not as an end in itself, I agree with that.

"He has been very direct: No, he does not believe in trickle-down economics theory," Sanders added.

The pope attacked trickle-down economics -- a theory popularized by Ronald Reagan in the 1980s -- in a document published in 2013.

“Some people continue to defend trickle-down theories which assume that economic growth, encouraged by a free market, will inevitably succeed in bringing about greater justice and inclusiveness in the world,” Pope Francis wrote. “This opinion, which has never been confirmed by the facts, expresses a crude and naïve trust in the goodness of those wielding economic power and in the sacralized workings of the prevailing economic system.”

Sanders said the pope had offered "a direct critique of conservative politics, and of course he’s going to be attacked for that."