Bill Clinton smacks down protester attacking Hillary on Benghazi: 'His mind has been poisoned by lies' 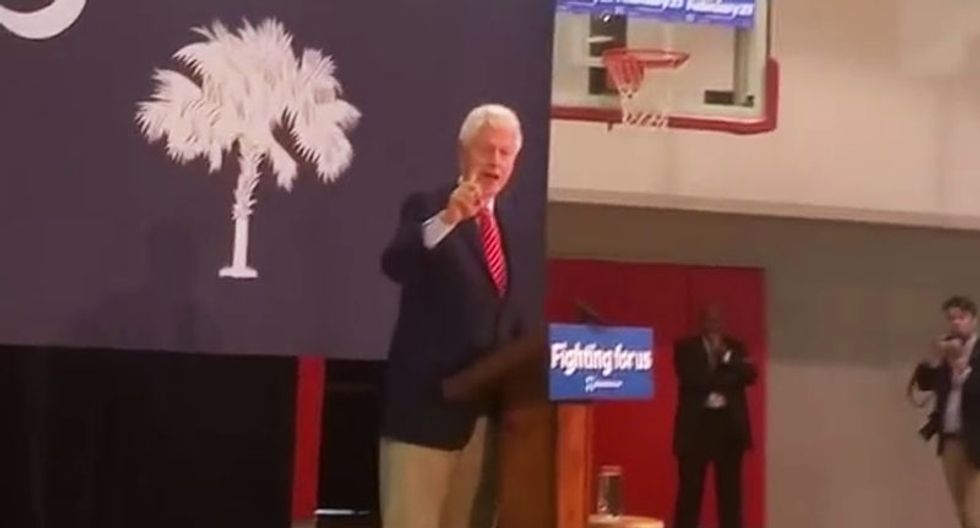 During a rally in Bluffton, South Carolina, former President Bill Clinton was interrupted twice by protesters screaming at him that former Secretary of State Hillary Clinton lied about the victims of Benghazi.

During a question and answer period, a young man claiming to be a former Marine started his question off innocuously enough before launching into a rant about Benghazi.

"The thing is we had four lives that were killed in Benghazi and your wife tried to cover it up," he said as the crowd began to boo.

He then continued his rant as the former president repeatedly asked to be allowed to respond -- but to no avail.

Continuing on without pause, the young man talked over the former president until he paused briefly and Clinton could finally be heard clearly.

"I'm not your Commander in Chief anymore, but if I was I'd tell you to be more polite," Clinton stated to the applause of the audience.

As security removed the shouting man from the room Clinton insisted on attempting to talk to him saying, "Don't throw him out. If you shut up and listen, I'll answer it."

When order was restored, Clinton addressed the crowd stating, "Can I just say something? That's what's wrong. His mind has been poisoned by lies and he won't listen."

The ex-president was then interrupted by the woman shooting the video who yelled, "Hillary lied over four coffins" as person near her could be heard saying, "Bullshit," and then the whole cycle of yelling and being removed was repeated.