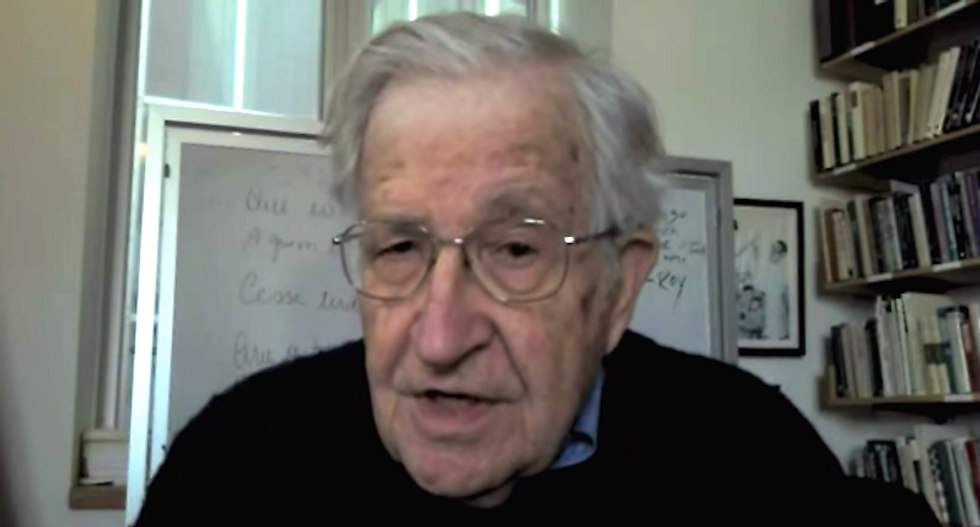 Noam Chomsky said the social conditions that are driving voters to Donald Trump also explain the rise of fascist leaders such as Adolf Hitler.

The famed linguist and political scientist discussed the presidential election in a recent interview with Alternet, where he was asked to explain Trump's growing popularity with Republican voters.

"Fear, along with the breakdown of society during the neoliberal period," Chomsky said. "People feel isolated, helpless, victim of powerful forces that they do not understand and cannot influence."

He said economic uncertainty and a loss of social cohesion had also fueled the rise of fascism in the last century -- but he cautioned that some current conditions were even worse.

"It’s interesting to compare the situation in the ‘30s, which I’m old enough to remember," Chomsky said. "Objectively, poverty and suffering were far greater. But even among poor working people and the unemployed, there was a sense of hope that is lacking now, in large part because of the growth of a militant labor movement and also the existence of political organizations outside the mainstream."

Chomsky traced echoes of that era in Sen. Bernie Sanders' campaign, describing the presidential candidate as "an honest and decent New Deal Democrat."

"The fact that (he is) regarded as 'extreme' is a comment on the shift to the right of the whole political spectrum during the neoliberal period," Chomsky said.