Clinton, Sanders and the changing face of the Democratic Party 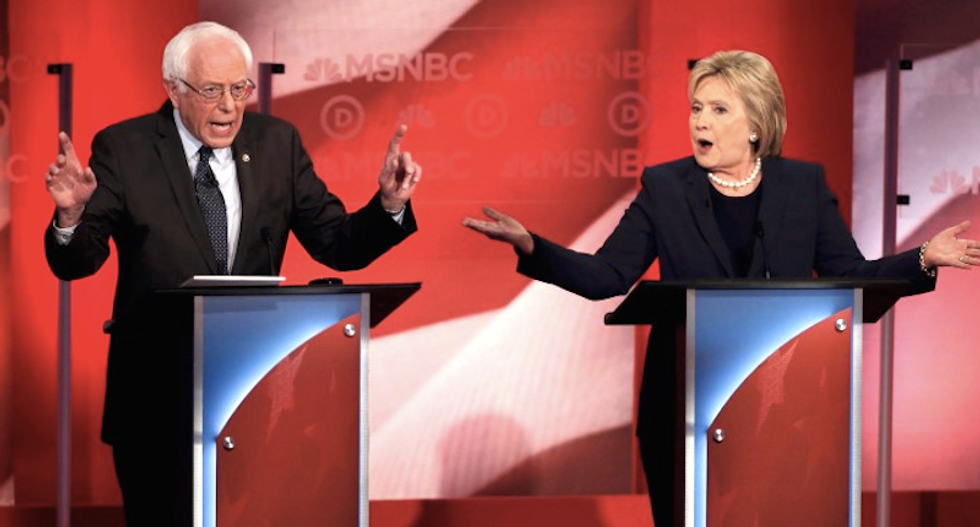 Last week’s debate in New Hampshire between Hillary Clinton and Bernie Sanders over who is the “real progressive” said a lot about how they and the Democratic Party have changed over the past half-century.

When Clinton and Sanders first came of age politically during the mid-1960s, neither was a natural fit for the Democrats as the party was then.

Taking a look at how these two very different people and the party they now want to lead have evolved can help clarify the philosophical divide on display in the Democratic Party today.

In the mid-1960s, Hillary Clinton wasn’t even a Democrat. She was the child of upper middle-class Republicans living in Park Ridge, Illinois, a Chicago suburb.

That world, like the surrounding Du Page County of which Park Ridge was a part, was strongly Republican then. To most people living there, the Democrats were the party of Mayor Richard Daley Sr., a big-city machine politician whose somewhat corrupt organization mostly championed the interests of working and lower middle-class whites living inside Chicago’s city limits.

The twin upheavals of the Vietnam War and the civil rights movement transformed both Hillary Clinton and the Democrats over the following 10 years. By the mid-1970s, she had become a liberal Democrat of the Great Society/George McGovern variety who embraced such new liberal causes as the civil rights movement, détente with the Soviet Union, feminism and environmentalism.

As the country moved to the right in the later 1970s and ‘80’s, Hillary Clinton became a more moderately liberal Democrat, somewhat more skeptical of big, expensive government programs, tougher on crime and more supportive of military strength as a way to deter aggression. This is the position she and her husband Bill have adhered to ever since.

Bernie: from Brooklyn socialist to independent

Bernie Sanders' road to where he is today, politically speaking, was even stranger.

He grew up in a tightly knit Brooklyn neighborhood where the immigrant Jewish socialist tradition was still strongly felt. The residents there had mostly embraced Franklin Roosevelt during the 1930s, but tended to be New Deal Democratic voters of the most left wing sort. For them, Progressive Party candidate Henry Wallace, who opposed a confrontational stance toward the Soviet Union, better reflected in 1948 what the New Deal stood for than did Democrat Harry Truman.

Having grown up in that radical milieu during the 1940s and ‘50’s, Bernie Sanders appears to have moved easily into the New Left in the 1960s and '70’s, which the Democrats disdained as too “conservative.”

Lots of New Leftists like Sanders moved to Vermont in the 1970s and built their own “democratic socialist” movement there, as they called it. That base of support lifted Bernie Sanders (running as an independent) to three major public offices in Vermont: mayor of Burlington, congressman and then senator.

Serving in the U.S. House and Senate obliged Sanders to form some kind of relationship with the Democratic Party (lest he be shut out of the committee seniority system there), and so he chose to caucus with them while remaining officially an independent. Only when he decided to run for the Democratic presidential nomination did he register as a Democrat.

‘The party that never dies’

That both Hillary Clinton and Bernie Sanders were able to find a home in today’s Democratic Party not only reflects the more fluid nature of American political allegiance when compared with the electorate of such similar nations as Britain and Canada. It also says volumes about the shape-shifting nature over time of the Democratic Party.

Political scientists have dubbed the Democrats “the party that never dies,” because it has enjoyed a continuous existence since its founding in the late 1820s, even though what the party has stood for and who votes for it have changed greatly since then. The Democrats have used the word “progressive” since the early years of the 20th century. Indeed, Woodrow Wilson in the election of 1912 famously described himself as “a Progressive with the brakes on.”

When Clinton and Sanders were coming of age politically 50 years ago, the Democrats were basically the party of the cities and South, a somewhat bipolar coalition forged during the Roosevelt presidency.

Since then, the Democrats have become the party of the country’s big metro regions, cities and their suburbs.

There has also been a change in the class background of the party’s electoral support.

Unlike 50 years ago, when the Democrats were much more a party of workers and the lower middle class, today’s party enjoys less of that kind of support, especially from the males in those groups.

Upper middle-class suburban liberals of the 1970s variety and aging New Leftists who see the Democrats – as disappointing as they are in some ways – as infinitely preferable to today’s Republicans are the relative newcomers to the Democratic fold.

More than one ‘real progressive’

Keeping all that in mind helps explain the Clinton-Sanders dispute over who is the real “progressive” in this year’s race for the Democratic nomination. Who is the person most able to bring about social change – and what kind of change?

The people will decide.

To Hillary Clinton, the term “progressive” is synonymous with moderately liberal middle-class reformer, of which she is a leading example.

To Bernie Sanders, “progressive” evokes the spirit of the left wing of the New Deal coalition.

This reminds us that “progressive” is a word that means different things to different people, and that has been true for a long time.