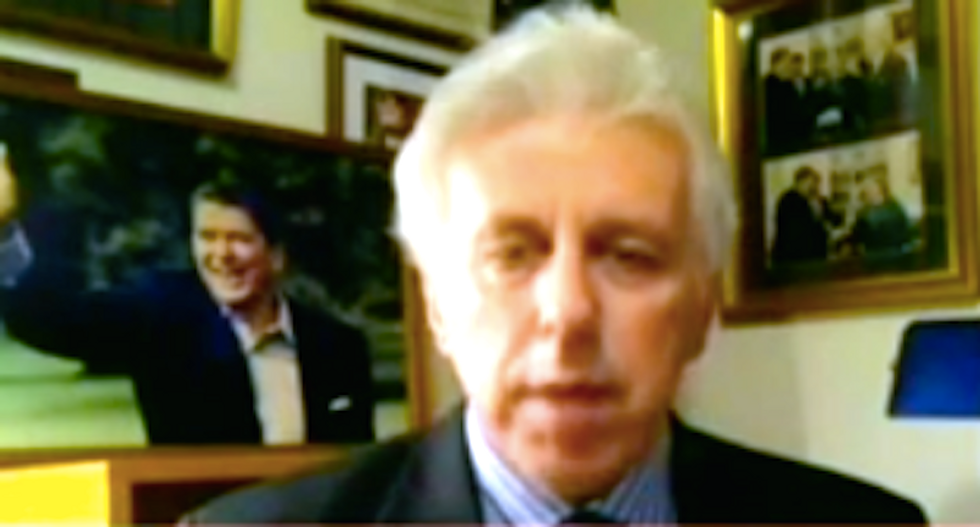 A CNN contributor who doesn't seem to understand how politics have evolved since the Civil War repeatedly insisted the Ku Klux Klan was a liberal organization.

David Duke, the one-time Grand Wizard of the KKK and a one-term Louisiana state representative, threw his support behind Trump, who has disavowed the endorsement but also said he would need to research white supremacist groups before commenting on them.

"Donald Trump isn't playing the game, although he certainly denounced him," Lord said. "I mean, David Duke is a hardcore leftist. He's an anti-Semite."

Duke served in the Louisiana legislator as a Republican from 1989 to 1992, but he has run long-shot presidential and legislative campaigns as both a Democrat and Republican.

Lord then argued that the KKK, which was founded by angry former Confederate soldiers during the Reconstruction era and terrorized blacks throughout the first half of the 20th Century, was associated with the Democratic Party.

"The Ku Klux Klan is a function of the left," Lord said. "It was the military arm of the Democratic Party. Hello? Donald Trump's daughter and son-in-law are Jewish. David Duke is an anti-Semite, for heaven's sakes. This is ridiculous."

Many members of the historical KKK were Democrats, but most historians and political scientists agree that the Democratic Party of the late 19th and early 20th centuries bears little resemblance to today's Democratic Party.

The long-standing link between the Democratic Party and white supremacists in the south began unraveling during the 1960s as the national party became increasingly aligned with the black civil rights struggle and white southerners began to vote for Republican candidates.

CNN host Margaret Hoover did not correct her guest's claims, but she dismissed the KKK as a hate group that was no longer affiliated with any traditional political party -- but Lord wouldn't hear it.

"It is a racist hate group from the left, and that counts," Lord said. "That is important to understand. It is not conservative. It has nothing to do with conservatism. All of these Klan members who have been elected to Congress and U.S. Senate and governorships over the years, supporting Franklin Roosevelt because they like Social Security. Let's get our history straight."

In fact, a recent study showed how the KKK played an active and enduring role in steering southern white voters away from the Democratic Party to the Republican Party.

By 1992, when Duke sought the GOP presidential nomination over party leaders' objections, a poll found that even decades after the KKK's decline, Republican voting was strongest in southern counties where the Klan was active in the 1960s.

Lord, however, said the controversy would only strengthen Trump's appeal with some voters.

"This is why -- this is exactly the kind of thing why people are voting for Donald Trump," Lord said. "Because they think the media is making something out of nothing. Nothing. This is crazy."