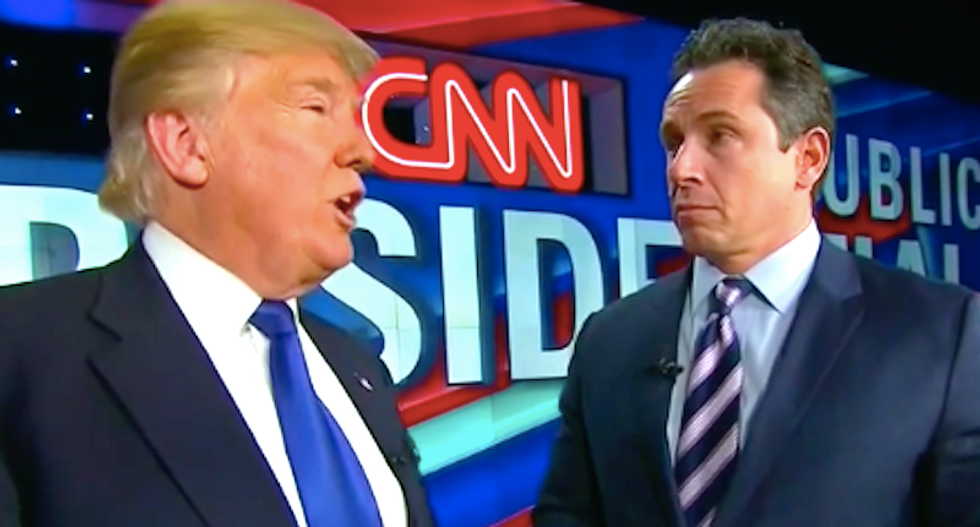 Christ promised the meek would inherit the earth, but according to the gospel of Trump -- they might also be audited by the IRS.

Donald Trump suggested after his disastrous showing in Thursday's Republican presidential debate that his religious piety had made him a target for Internal Revenue Service investigators -- and skeptical CNN anchor Chris Cuomo could barely keep a straight face.

“I’m always audited by the IRS, which I think is very unfair," Trump complained. "I don’t know whether it’s maybe because of religion or because of something else, maybe because I’m doing this (running for president).”

A poker-faced Cuomo asked him to go on.

“Well, maybe because of the fact that I’m a strong Christian and I feel strongly about it, so maybe there’s a bias,” Trump said, as Cuomo's eyebrows raised in astonishment.

Cuomo stifled a guffaw and asked the billionaire real estate developer if he truly believed he had been audited because he is a Christian.

Cuomo asked Trump why he couldn't release his tax records that weren't audited, and the GOP candidate dissembled and said they could only be released as one unified whole.

"The ones previous relate to the ones later, and it doesn't make sense unless they're all released at one time," Trump said.