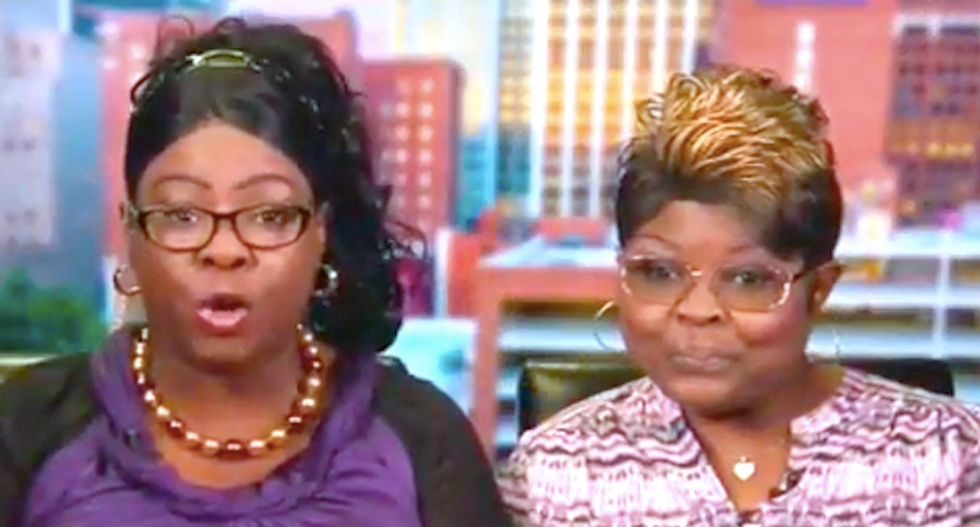 A pair of homophobic Trump supporters gave CNN's Carol Costello more than she bargained for when they cited bizarre online rumors to suggest Marco Rubio had engaged in gay sex.

Lynette “Diamond” Hardaway and Rochelle “Silk” Richardson -- known as the "Stump for Trump Girls" -- have gained fame for their series of online videos supporting Republican presidential candidate Donald Trump, who is suddenly facing a concerted challenge as the Republican establishment coalesces around its two favored candidates.

"I think that Ted Cruz and Marco Rubio, they're both snakes," said Hardaway.

She then dove into unsubstantiated rumors floating around the Internet, triggered by a Washington Post article detailing Rubio's 1990 arrest, when he was an 18-year-old college student, for underage drinking with a friend in a Miami park known for drugs and gay sex hookups.

"Marco Rubio told us to google Donald Trump, but I did one better -- I googled him," Richardson continued. "And when I googled him, you know, he owes America and the gay community an apology because it sounds like he may have had a gay lifestyle in his past."

Costello was shocked by the suggestion -- which has not been verified by any news outlets.

"What?" the CNN host asked incredulously. "No, Lynette."

Richardson said the rumors, which have no apparent basis in fact, were easily found in a Google search.

"That's what's on Google," Richardson insisted. "So you have to be cautious when you start telling people to google people -- stuff will come up. We don't know if it's true, so we'll say 'allegedly,' but he shouldn't have told people to google Donald, because I googled him and that came up."