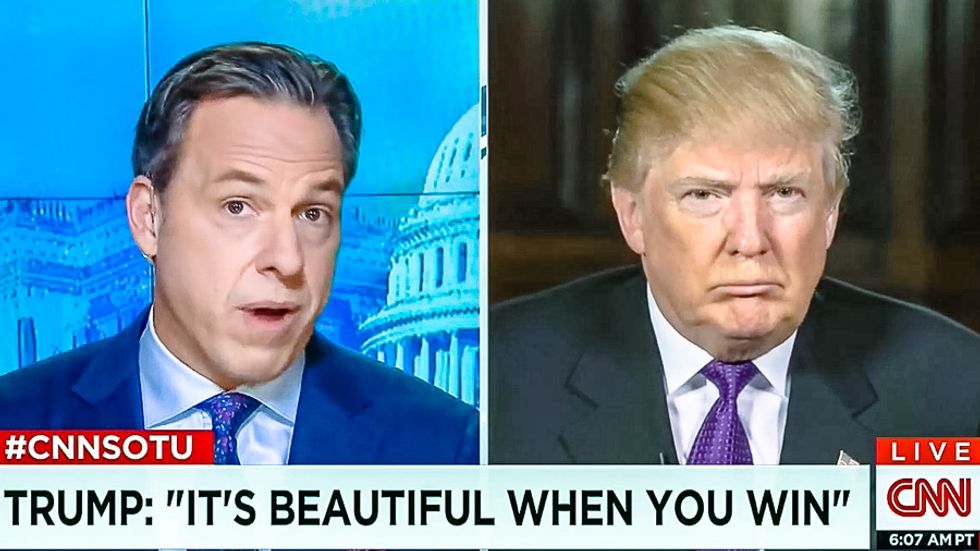 CNN host Jake Tapper called out Donald Trump over the weekend for promising to win over African-American voters while republishing messages from white supremacists on Twitter.

On the Sunday edition of CNN's State of the Union, Tapper pointed out that Republican Party officials were concerned that Trump would lose the general election because he could not win at least 30 percent of the non-white vote.

"A lot of Republican leaders in D.C. struggle to envision you accomplishing this, especially given that fact that there are white supremacists groups and individuals like that who support you, some of whom you've even retweeted," Tapper noted.

The billionaire candidate promised to "bring over a lot of Democrats."

"The other thing is African-American voters, I think I'm going to get a tremendous amount," Trump opined. "And you've seen the stories where African-American leaders are saying, 'You know, my people really like Trump!'"

"Because I'm going to bring jobs back from China and Mexico and Japan and Vietnam and India and all these places," he added. "I'm going to do great with the African-Americans."