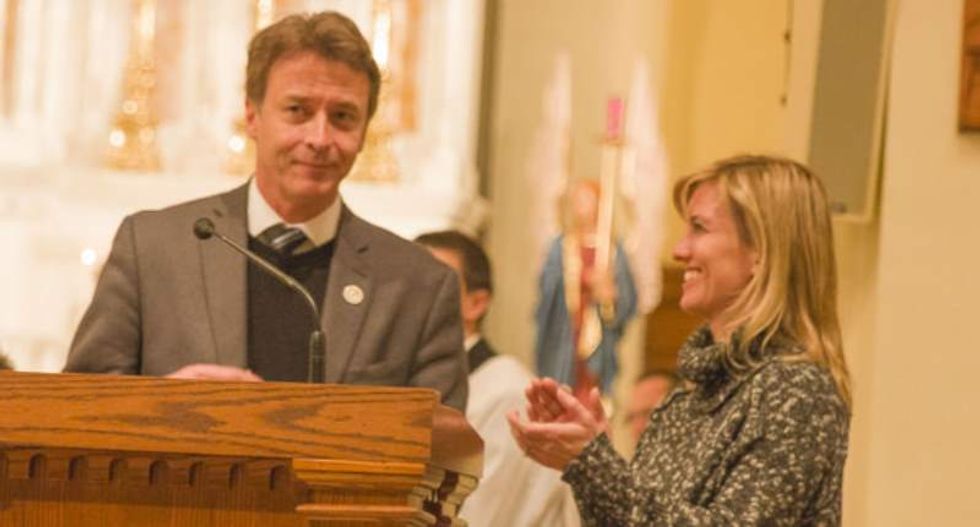 The embattled president of Mount St. Mary's University has resigned, the college said on Monday, after an outcry over his comparison of struggling freshmen to bunnies who should be drowned or shot to boost the college's academic standing.

Simon Newman, a Los Angeles private equity executive who had headed the small Catholic university in Emmitsburg, Maryland since December 2014, said controversy over his administration had become too great a distraction for the school.

"I believe it is the right course of action for the Mount at this time,” he said in a statement.

Newman had sought to tighten retention rates and boost Mount St. Mary's academic standing by setting a policy to weed out students seen as likely to fail within the first weeks of the 2015-2016 school year.

Newman drew fire in January after the Mountain Echo student newspaper quoted him as telling a faculty member opposed to the plan, "This is hard for you because you think of the students as cuddly bunnies, but you can’t. You just have to drown the bunnies ... put a Glock to their heads.”

He apologized and said his comments were taken out of context. The newspaper did not provide the full quote.

The students who left would be eligible for a full tuition refund. Newman's plan was thwarted since no names were provided by an extended Oct. 2 deadline, the Mountain Echo reported.

Newman also attracted criticism after he fired two faculty members and demoted the provost amid the growing controversy. He later reinstated the professors.

The board of trustees named Karl Einolf, the dean of the school's Richard J. Bolte Sr School of Business, to be acting president.

Mount St. Mary's is the second-oldest Catholic university in the United States.