Cruz's Iowa victory could be big blow to Big Corn 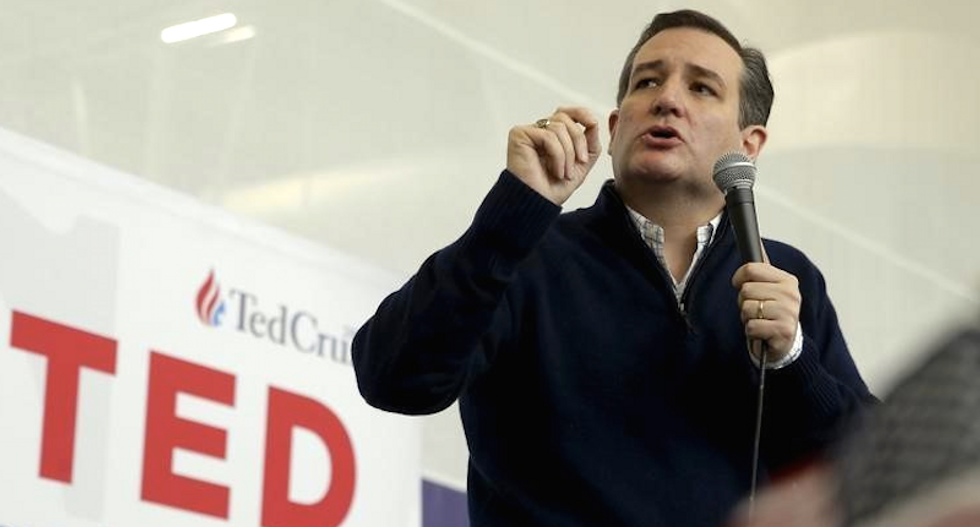 U.S. Republican presidential candidate Ted Cruz's victory on Monday in corn-rich Iowa could represent a major blow to the nation's controversial biofuels program, reflecting its waning influence over politicians even in the U.S. farm heartland.

The conservative senator from Texas and outspoken opponent of the Renewable Fuel Standard, or RFS, upset Republican front-runner Donald Trump in the Iowa caucuses, the first of the state-by-state battles to pick nominees for the Nov. 8 election to succeed President Barack Obama.

Cruz won with 28 percent of the vote, compared with 24 percent for Trump, a billionaire businessman.

The result was a setback for corn farmers in the country's biggest ethanol-producing state, who have lobbied hard to protect the policy from being dismantled after more than a decade.

The program requires the use of ethanol and other biofuels in the nation's fuel supply, aimed at reducing U.S. dependence on foreign oil, utilizing cleaner, domestic energy sources and boosting rural economies.

Cruz now supports a phase-out of requirements for renewable fuel, rather than the immediate repeal he was pushing for in 2013.

Still, winning Iowa without the backing of the ethanol and corn lobby may raise doubts as to whether candidates still need to garner its support in the long term, potentially removing a big pillar of support for the lobby's agenda.

"The conversation inside of Congress in the morning will change instantly, as Republicans realize they can be against the mandate and still win," Michael McKenna, a Republican strategist and energy lobbyist, said of a Cruz win.

RFS has come under heightened criticism from oil groups, which say the volumes set by Congress are unachievable. Environmentalists question the benefits of corn-based ethanol, which represents the vast majority of an 18-billion-gallon biofuels industry.

Attempts to reform or repeal the program have been unsuccessful. A repeal amendment tacked onto a Senate energy bill being considered this week is expected to be rejected, if it even goes to a vote.

Iowa, the top ethanol-producing state, remains the stronghold of support for the program. The industry accounts for more than $4.9 billion, or 3.5 percent, of the state's gross domestic product.

Ethanol has already broken into the transportation fuel infrastructure, representing about 10 percent of blended gasoline, and some experts said the majority of Iowa voters still supported RFS.

Eric Branstad, Iowa director of the pro-RFS group, America's Renewable Future, said on Monday night that although Cruz's position would be devastating to the state's economy, "We feel good about our results."

But Cruz's stance may open the door to legislative action, which has proven tricky because the issue is so highly politicized.

McKenna said a Cruz victory increased the chances of reform even in the next two years, something previously deemed unlikely.

"If the RFS doesn't win in Iowa, where does it win?" said Bruce Babcock, an economics professor at Iowa State University. "It goes against what the Republican establishment has been pushing for years."