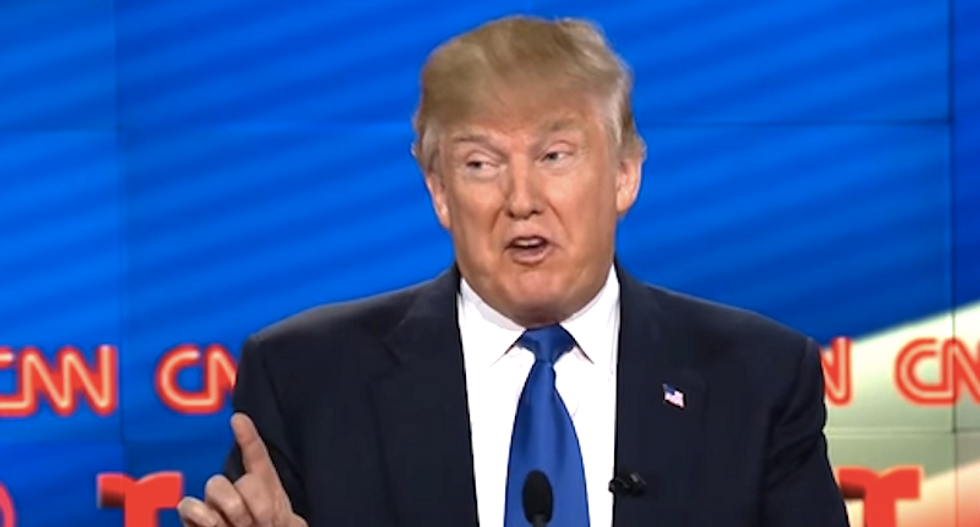 It seems the entire schoolyard decided overnight they're tired of dealing with the school bully.

Donald Trump's blustering presidential campaign has centered on insults and take-downs, with targets ranging from the downtrodden to the politically powerful. From take-downs of desperate refugees seeking asylum in the United States to former rival Jeb Bush, Trump has used being a bully as a tactic and his supporters loved him for it.

Maybe it was an error-laced Twitter tirade Trump unleashed Friday morning that was the tipping point. Trump misspelled the words honor, choker and lightweight to the extent that the real estate mogul was mocked by a very unlikely source -- the dictionary.

It may have been the first time in recorded history that Trump was embarrassed into deleting the tweets.

But not before Rubio again went on the attack and pulled out his phone during a Friday morning speech to make fun of them, to the delight of his audience.

"'Wow every poll said I won the debate last night,'" Rubio said, reading from his smartphone. "Now this is him about himself, okay -- 'Great honer.' I think he meant to say honor. I don't know how he got that wrong because the e and the o are nowhere near each other on the keyboard."

Rubio then drove it home.

"So how does this guy not in one tweet, three tweets, misspell words so badly?" he asked. "And I only reached two conclusions. Number one, that's how they spell those words at the Wharton School of Business, where he went. Or number two, just like Trump Tower, he must have hired a foreign worker to do his own tweets."

Comedian Michael Ian Black pointed out the rumble between the GOP candidates vying desperately for the party nomination has officially reached the grade school level.