Donald Trump surrogate blurts out truth on CNN: 'We have gone bat sh*t' 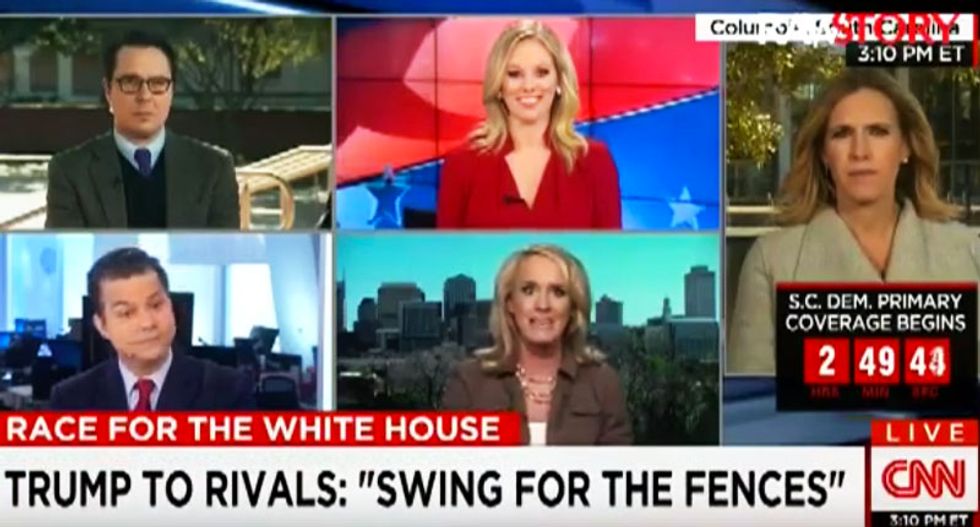 Pushing back at the internecine fighting that has broken out within the Republican Party over the 2016 GOP nomination, a Trump supporter got a bit carried away and blurted "We have gone bat shit," live on CNN Saturday

Appearing during a panel discussion on CNN, radio host Scottie Nell Hughes was visibly aggravated by Thursday's GOP debate that saw candidates Donald Trump, Marco Rubio and Ted Cruz standing on the stage yelling at each other while CNN moderator Wolf Blitzer stood helplessly by.

Saying Rubio had pledged to not attack Trump, Hughes was dismayed by the change in tactics by the Florida senator during the debate.

"In 24 hours we see the most rabid frothing politician that I've seen yet," she explained. "Spewing nothing but lies from him that night."

Asked " What does that do to the party?" Hughes went off on a rant that found her swearing on live TV -- which she realized seconds after her outburst as the other guests laughed.

"It absolutely destroys our party," she exclaimed. "I think both of those politicians -- Governor Christie and Senator Graham are right. We have gone bat shit."