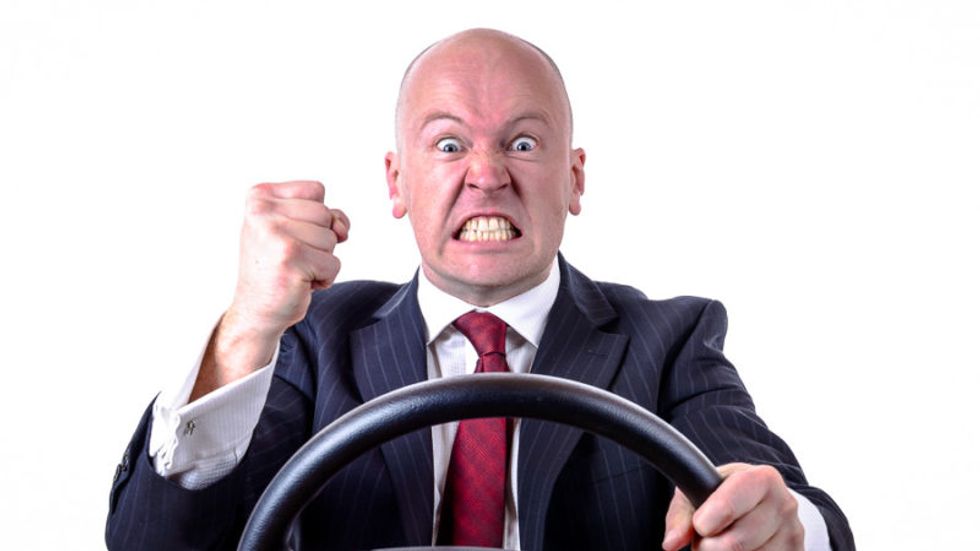 Road rage man behind the wheel with clenched fist (Shutterstock.com)

A Duke University official has been accused of hitting a black parking attendant with his car and then attacking her with racial epithets.

Duke University newspaper The Chronicle reported on Monday that Shelvia Underwood was working before a Duke football game for McLaurin Parking and Transportation on Aug. 30, 2014 when Executive Vice President Tallman Trask struck her with his car.

Underwood said that she stopped Trask's Porsche in order to help a pedestrian.

“As I turn back around, I take a step and this car has hit me. My hands are on the hood, then I hit the ground,” she explained.

“Really sir, really? You’re in that much of a hurry that you hit me with your car?” she reportedly told the Duke executive.

After banging on the steering wheel, she said that Trask finally held up a parking pass that showed he had permission to pass.

Underwood filed a report with the Duke University Police Department, and later received an apology from Trask, but it did not mention the racial slur.

"I very much regret the incident before the Elon football game," Trask wrote. "I should have been more patient and I apologize."

According to the Chronicle, Trask "categorically denied hitting Underwood with his car and using a racial slur." But when confronted with the apology letter, he admitted hitting her. However, he continued to deny that he had used the slur.

In a statement to the paper, Trask noted that the Office of Institutional Equity and the Duke University Police Department had investigated the case and concluded that Underwood's claims about his use of a racial epithet were a "fabrication."

"Her allegations were separately and independently investigated by the Duke Police and the Office of Institutional Equity, both of whom interviewed all witnesses," the statement said. "None of them heard me saying what she claimed I said, quite simply because I didn’t say it. It is a complete fabrication."

But a friend of Underwood's, Jazzy Holloway, told the Chronicle that she was walking to the Elon game when she witnessed the accident.

Several days later, the parking attendant was diagnosed with a muscle contusion and possible fractured elbow.

For her part, Underwood said that she would have let the matter drop if Trask had offered a "sincere apology" for his actions. And 16 days later, Vice President for Administration Kyle Cavanaugh showed up to her workplace with a note.

“At the same location, a tall guy comes up behind me and says, ‘Um, I don’t know exactly what happened out here, but whatever, here you go.’ And he hands me a card,” she said.

I very much regret the incident before the Elon football game. I should have been more patient and I apologize.

“Are you kidding me?” Underwood remarked. “I wanted a sincere apology, and this isn’t even close to it.”

Underwood said that she is now pursuing legal action against Trask.