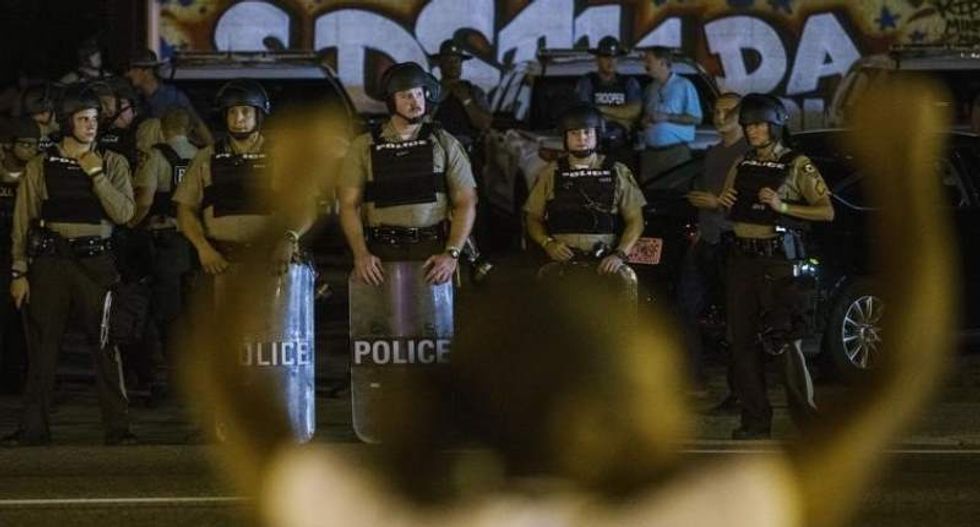 Residents of Ferguson, Missouri, jammed a meeting on Tuesday to weigh in on a proposed agreement with the U.S. Justice Department to reform the city police department after the 2014 shooting of a black teenager by a white officer.

The fatal shooting of unarmed Michael Brown, 18, by Ferguson police officer Darren Wilson exposed tension between the city government and the largely black community outside St. Louis. Ferguson erupted into violent protests in 2014 after a grand jury chose not to indict the officer.

It was one of a series of highly publicized killings of black men, mostly by white police officers, that set off a nationwide debate about the use of police force, especially against minorities.

In the meeting at City Hall, Ferguson resident John Knowles said he had a problem with the Department of Justice singling out the city.

"I think it's wrong that the city of Ferguson is bearing the brunt for a countywide issue," Knowles said.

More than 100 people were prevented from attending the meeting when the meeting room reached its 120-person capacity, leaving many grumbling in a parking lot.

"Out-of-towners don't belong here," Ferguson resident Maryellen Moylan shouted toward the door. "This is not right. We don't have representation. We demand representation."

Under the terms of the proposed agreement, the Ferguson Police Department would be required to give its officers bias-awareness training and implement a strong accountability system.

The department would have to ensure that police stop, search and arrest practices do not discriminate on the basis of race or other protected characteristics.

The settlement would also require the city to change its municipal code, including sections that impose prison time for failure to pay certain fines and an ordinance used against individuals who do not comply with police orders.

Ferguson's City Council plans to vote next Tuesday on whether to accept the agreement. Two more public meetings are set for Saturday and next Tuesday, and written comments will be taken before the vote.

(Reporting by Mary Wisniewski in Chicago and Sue Britt in Ferguson, Mo. Editing by Dan Grebler and Peter Cooney)