Fiji hit by 'strongest ever' cyclone, nation on lockdown 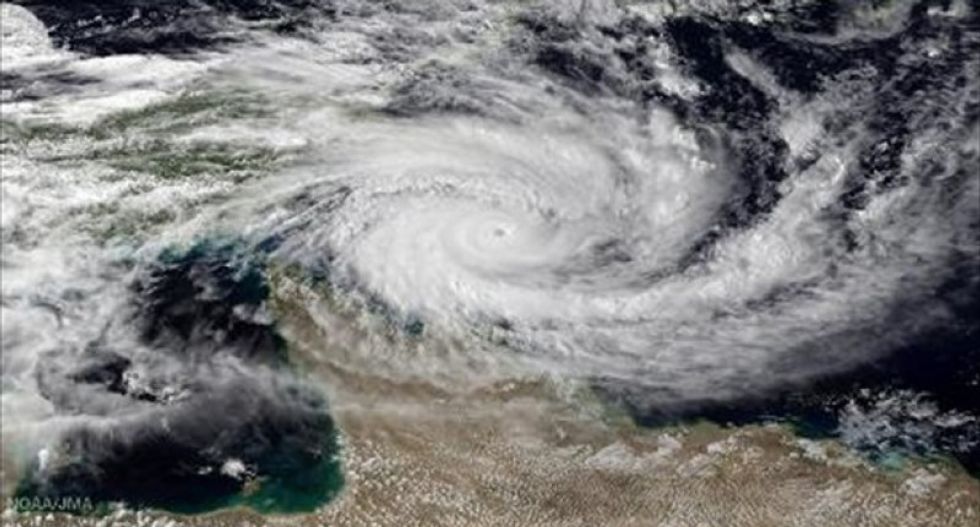 Fiji was struck by its most powerful ever cyclone on Saturday, according to reports, as the island nation battened down the hatches with a curfew and evacuations.

The category five super-storm hit the main island of Viti Levu overnight, according to the Joint Typhoon Warning Center, with flights cancelled and evacuation centres activated earlier in the day.

"As a nation, we are facing an ordeal of the most grievous kind," Prime Minister Voreqe Bainimarama said in a national address.

"We must stick together as a people and look after each other. Be alert and be prepared."

Severe tropical cyclone Winston, with average winds of 220 kilometres (136 miles) per hour and gusts of up to 315 kilometres per hour, was the first ever category five storm to hit the nation, the Fiji Times reported.

The storm caused power to fail across the main island after making landfall, according to local reports.

"This mega storm has the potential to cause catastrophic damage across Fiji, an island nation frequented by hundreds of thousands of holiday-goers every year," said Iris Low-McKenzie, CEO of Save the Children Fiji.

"It looks as though the storm could pass over the international airport in Nadi, which, if significant damage is caused, will make the humanitarian response all the more difficult."

The Fijian government declared a state of natural disaster in the country, which would remain in place for one month.

National Disaster Management director Akapusi Tuifagalele told the Fijilive website that 758 evacuation centres had been set up in the nation of about 900,000.

Winston brushed by the more northerly island of Vanua Levu on Saturday afternoon, with unconfirmed reports of trees felled and roofs blown off houses.

"I've never seen such a strong cyclone as this one in 60 years," resident Zalim Hussein told AFP by phone.

"This is a monster cyclone, without doubt the strongest we've ever experienced. We're all very scared and hope it goes away quickly."

Fiji Airways, Virgin Australia and Jetstar all cancelled flights to the holiday hotspot, which is a popular destination for Australians and New Zealanders.

The government imposed a nationwide curfew on Saturday night, with the prime minister warning residents not to go outdoors.

"The threat of being hit by flying debris is extremely high," he said.

Winston has been moving around the South Pacific for a week, skirting around Vanuatu and Tonga and has previously taken aim at Fiji before veering away.

Cyclones are common in the South Pacific and their impact is notoriously difficult to predict, with major storms capable of causing major devastation but sometimes blowing themselves out with relatively little damage.

The UN humanitarian agency (OCHA) said it was ready to support the disaster management office if required.

Winston had the potential to bring "destructive winds, heavy rains, dangerous storm surge and a high risk of both flash and river flooding", OCHA said in a statement.